Sales of the iconic American muscle car zoomed in November despite expectations of sales of premium cars expected to take a large hit due to demonetisation. 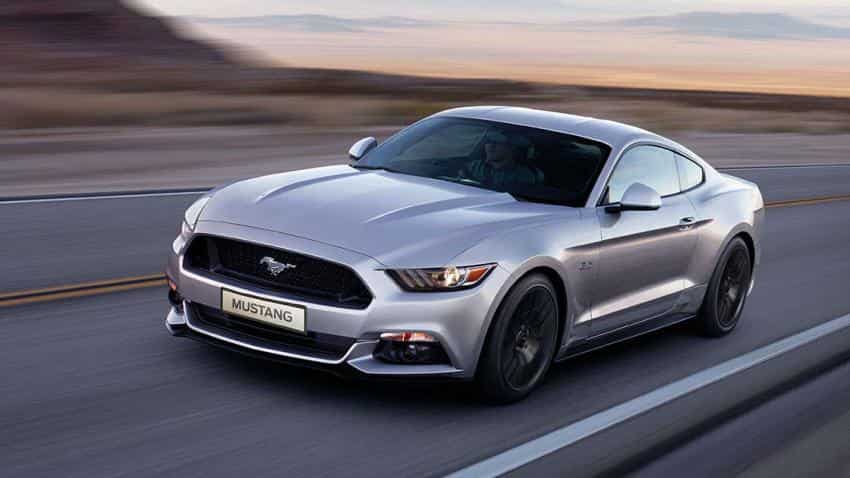 Iconic American muscle car Ford Mustang reached Indian shores in July this year. In November, when most carmakers felt demonetisation effects, Mustang sold as many cars as it sold since its launch.

Ford Mustang's sales reached a high of 59 units in November. In comparison from July to October 2016 the sales of Mustang was 64 units, according to data from Society of Indian Automobile Manufacturers (SIAM).

While the sales of Mustang got of to a good start in July with 35 units in sales. However, in the following month the sales of the car slumped to 20 units. In September the sales of Mustang plunged to only 7 units. It hit a new low in October when Mustang recorded sales of only 2 units.

This comes at a time when the automobile industry was hit the maximum due to the demonetisation of Rs 500 and Rs 1,000 notes. It was also expected that apart from two-wheelers and commercial vehicle (CV) sales, premium car sales were expected to decline the most as a large majority of the deals are done through cash transactions.

In fact, the sales of other premium cars saw a decline in sales or very small growth.

The entire premium segment of cars grew on account of Ford Mustang's sales. The segment saw a nearly 200% growth as it sold 68 units in November this year from 23 units in the corresponding quarter last year.

One of the reasons for this sudden spurt in growth in November could be as the company said that it has started selling Mustang pan-India from just keeping it limited to Delhi and Mumbai in its initial phase since launch.

While saying that they don't share model wise sales data, a Ford India spokesperson said, “Since its launch in July, Ford Mustang has received an enthusiastic response in India. In November, Ford commenced pan-India bookings/sales of this iconic product, after keeping it limited to Delhi and Mumbai in the initial phase... Ford will bring Mustang to customers in India as a CBU from Flat Rock Assembly Plant in the United States.”