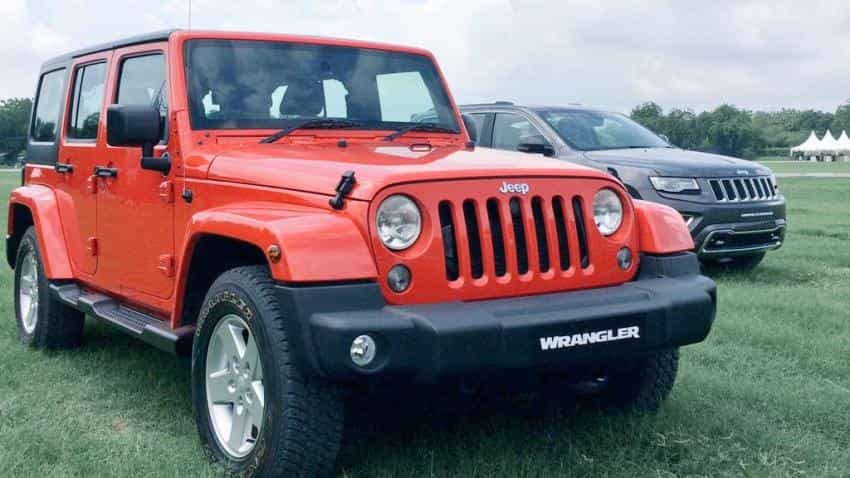 The cars were launched on the 75th anniversary of Jeep.

The Wrangler is powered by a 4-cylinder 2.8-litre diesel engine with 197 bhp power and 460 Nm torque, according to an EVO India report.

The difference between the Grand Cherokee Limited and Summit is that the Limited has a 2-speed transfer case and the Summit has a electronic LSD. Both are powered by a 3-litre V6 diesel engine which generates a power of 240 bhp and 570Nm torque.

The Grand Cherokee SRT comes with a 6.4-litre naturally aspirated HEMI V8 engine that generates 469bhp and 624Nm. The company claims the car can achieve 0-100kmph in 5 seconds.

Jeep’s first dealership in India will open in Ahmedabad today, followed by dealerships in Delhi and Chennai opening next month. A dealership will be opened up in October in Mumbai and another in Delhi by Diwali, said the report.

Jeep has invested $280 million in a facility in Rajangaon for the production.