The first Ferrari Portofino was unveiled in September 2017 during the 70th anniversary celebrations of the company. 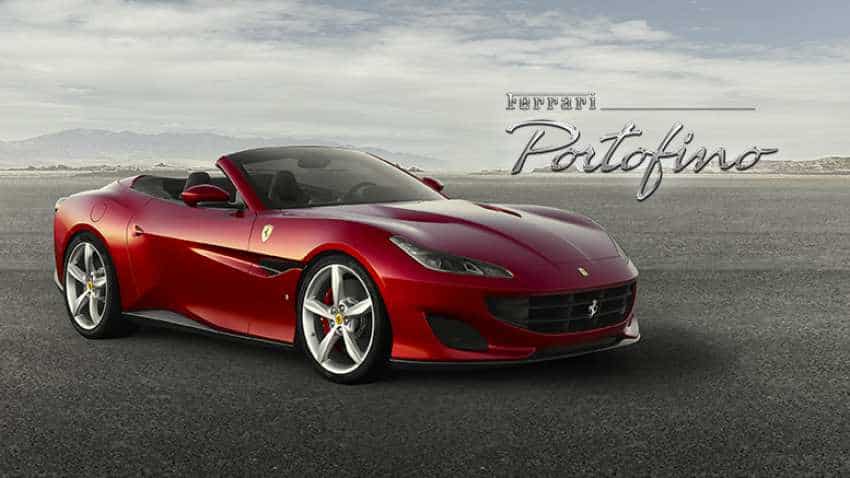 Ferrari Portofino: Know all about the $215,000 luxury car touted as 'next bestseller'

The next most-awaited luxury car in India is the Ferrari Portofino, which is now expected to be launched anytime in this month. This would be a more enhanced grand touring sports car by Italy-based Ferrari SPA. The first Ferrari Portofino was unveiled in September 2017 during the 70th anniversary celebrations of the company. Now, the table is set, and according to ZigWheels report, this latest model of Ferrari is expected to be launched tomorrow, at an expected price of Rs 3.50 crore in ex-showroom New Delhi.

As per a Car and Driver report, before 2008, no roadgoing Ferrari had ever featured an eight-cylinder engine ahead of the driver, a dual-clutch automatic transaxle at the rear, direct fuel injection, or a power-folding hardtop. All of those brand firsts showed up at once on the sweet-driving California wrapped, but sadly, in suboptimal styling.

Reportedly, the Portofino offers luxuries such as a retractable hardtop roof and a 10.2-inch infotainment display; rear seats are standard but promise a tight and perhaps an uncomfortable fit.

Further the report added that, Ferrari gave it an additional 39 horsepower and 4 lb-ft of torque. All 591 ponies hit at redline, marked in the Portofino at 7500 rpm. Credit revisions to the V-8’s pistons, connecting rods, and management software, although a lighter-weight, freer-flowing intake also helps, as does larger-diameter exhaust piping and equal-length, single-piece exhaust headers with integrated twin-scroll turbochargers.

Ferrari Portofino: Know all about the $215,000 luxury car touted as 'next bestseller'