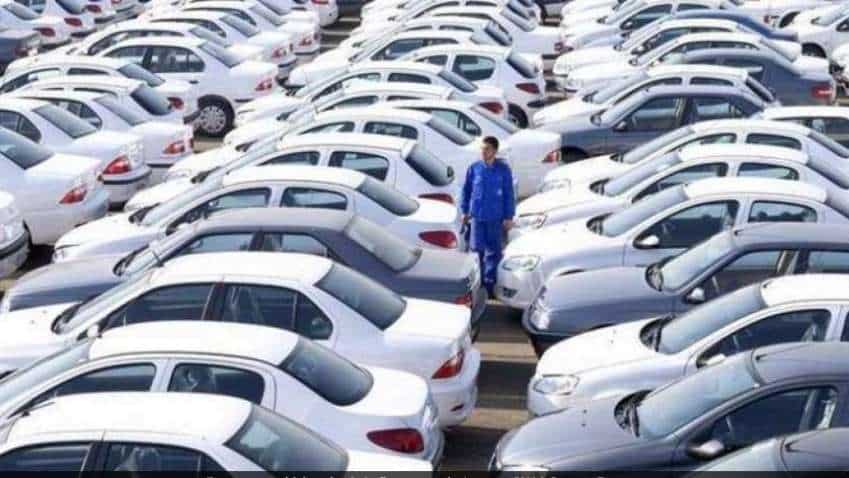 Most of the categories were in the green, except for the two-wheeler and tractor categories as per the FADA data. Source: Reuters

Most of the categories were in the green, except for the two-wheeler and tractor categories as per the FADA data. Two-wheeler sales dropped 11.54 per cent, three-wheelers increased 50.90 per cent, passenger vehicles were up 16.32 per cent, tractors sales declined 23.85 per cent and commercial vehicles surged 46.64 per cent over the previous year.

Commenting on September’21 performance, FADA President, Vinkesh Gulati said, “Auto retail in the month of September has taken a pause as overall sales were down by 5 per cent. During the 1st half of this FY, while the overall retails were up by 35 per cent, the same was down by 29 per cent when compared to 2019, a pre-covid year."

"On a long-term basis, except tractors which grew by 19 per cent and PV which has almost reached pre-covid levels, all the other segments were in the red. The 2W category continues to play spoilsport as the entry-level segment is yet to witness healthy growth," he added.

"This segment’s performance is now becoming critical for the overall 2W to come back on the path of recovery as dealer inventory rises to 30-35 days in anticipation of a good festive. Semiconductor shortage has also started impacting the 150+ cc segment," he further added.

Gulati said "The 3W segment is now showing clear signs of a tactical shift from ICE to EVs as the ratio has hit a 60:40 split. With offices and educational institutions slowly opening up, electrification of 3W’s will gather greater momentum in months to come."

He said: "As we enter the core of this year’s festive season, the full-blown semiconductor crises continue to create hindrance in PV sales as vehicle inventory at dealers end dip to record lows of 15-20 days during the current fiscal. With high demand in this segment, long waiting period continues to frustrate and keep enthusiast buyers in a fix."

The CV segment is finally showing greater strength as all sub-categories continue to grow YoY. MCV for the first time also grows above the pre-covid month of Sept’19.

Near Term Outlook
With India entering the 42 days festive period beginning today, the near-term outlook for this year’s festive season will be a mixed bag. While Dealers have increased their inventory in the 2W category, PV inventory is at the lowest during this FY due to the ongoing semi-conductor crises.

The chip shortage looks less likely to ease within the next two quarters. As a result, PV sales are likely to stagnate going ahead even though OEMs are coming ahead with new launches to keep the customer excited. With skyrocketing fuel prices and a drop in purchasing power, entry-level customers in rural India are keeping themselves away from fulfilling their mobility needs.

India’s vaccination drive has reached remarkable momentum. This coupled with a less likelihood of 3rd wave in the near future and offices and educational institutions opening up in a phased manner, we anticipate a marginal recovery process to begin in the 2W space. FADA hence requests all 2W OEMs to roll out special promotions schemes so that it can springboard 2W retails for a faster recovery.