The Classic managed a 0-100kph time of 13.51sec, which isn’t exactly earth-shattering, but respectable for a 280cc cruiser. The bike feels happiest out on the highway, sustaining speeds of 80-90kph. There is a fair amount of vibration that creeps out of the handlebar and seat at high revs. 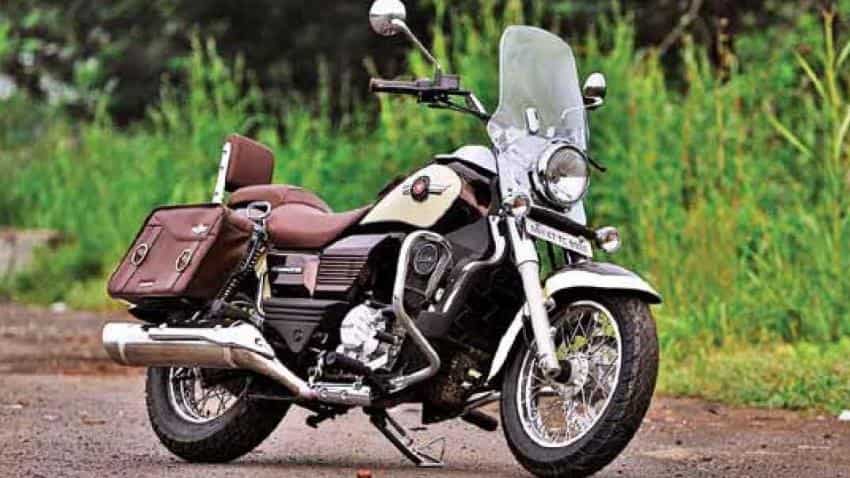 The Classic is equipped with a 279.5cc, single-cylinder fuel-injected motor that gets liquid-cooling and four valves. Image source: DNA

UM has an unmistakably American cruiser theme going for it. The Classic, as the name implies, is designed along the lines of classic American cruisers, and boy does it turn a fair number of heads. It gets a dual-tone paint scheme as well as an all-black one, along with swathes of chrome that give it a rather classy look. It also gets a large front windscreen that comes as an accessory and completes its highway cruiser image. In fact, you would be forgiven if you thought it was a larger-displacement cruiser; it certainly has the road presence that will leave an impression on bystanders.

The Classic is equipped with a 279.5cc, single-cylinder fuel-injected motor that gets liquid-cooling and four valves. Overall, this is a relatively smooth motor that feels decently powered for a 280cc motorcycle. The engine puts out peak power of 25.15hp at a rather high 8,500rpm, while its peak torque of 23Nm kicks in at 7,000rpm. The first and second gears have shorter ratios, while third, fourth and fifth are quite tall.

Sixth gear, on the other hand, is purely a cruising gear, which should help with mileage during highway cruising. And since torque and power are made higher up in the revs, you will need to really work through the gearbox to avoid knocking and stalling the machine. This is the sort of engine character you’d expect from something like a street-naked and is quite uncharacteristic of a cruiser motorcycle.

That being said, gearshifts happen predictably and we did not find any false neutrals on our test ride. The Classic managed a 0-100kph time of 13.51sec, which isn’t exactly earth-shattering, but respectable for a 280cc cruiser. The bike feels happiest out on the highway, sustaining speeds of 80-90kph. There is a fair amount of vibration that creeps out of the handlebar and seat at high revs.

The ride stability is well sorted but the suspension will give your back a bashing on bigger, sharper bumps. Even in terms of handling, the Renegade threw no surprises our way. When it comes to braking, the bike’s 280mm front disc and rear drum are able to shed speed predictably. Though the front brake does have decent initial bite, the feel is slightly wooden and you really have to reel in the lever to get the full stopping force out of them; we managed an 80-0kph time of 3.96sec. Our highway run resulted in a figure of 36.9kpl, and our city run resulted in a 28.4kpl figure. Combine the highway mileage with an 18-litre fuel tank capacity and you’re looking at a range of nearly 580km between fuel stops.

The Classic gets a nice scooped-out seat for the rider that lifts up into a separate pillion seat, which also gets a large backrest. The riding position is a very comfortable one the seats are well-cushioned, the reach for the handlebars allows for your shoulders to be in a relaxed position, and there isn’t much of a stretch to the forward-set foot pegs. Overall, UM has done a commendable job of improving its machine from what we experienced a year ago.

It has decent ride quality and could really make a good companion for munching up some highway miles. However, there are a few areas in which the bike could be improved; engine refinement levels could certainly be looked into. With a price tag of Rs 1.95 lakh (ex-showroom, Delhi) for the Classic, the bike is priced competitively and those looking for an affordable, American-style cruiser, or those upgrading from something like a Bajaj Avenger, should stop by to a UM dealership and see if the Classic fits their cruising bill.