China, Japan and South Korea have set ambitious targets to put millions of hydrogen-powered vehicles on their roads by the end of the next decade at a cost of billions of dollars. 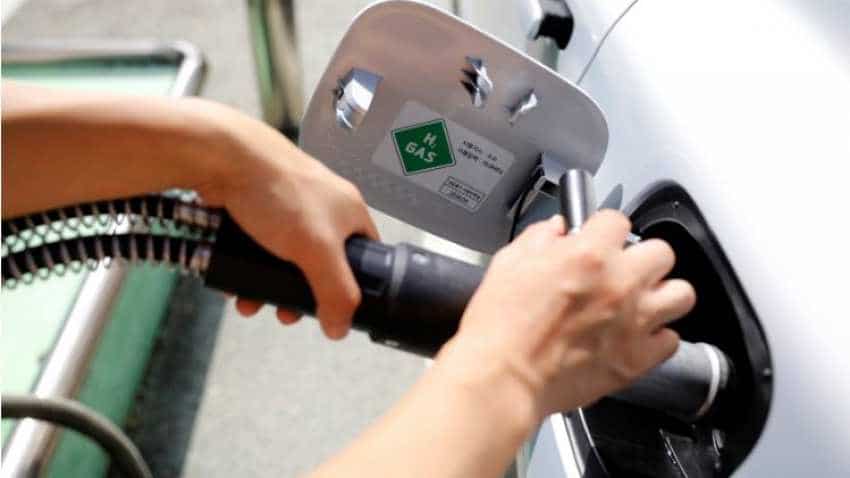 Hydrogen fuel cell vehicles have been upstaged by electric vehicles, which are increasingly becoming a mainstream option due to the success of Tesla Inc`s luxury cars. Photo: Reuters
Written By: Reuters
RELATED NEWS

China, Japan and South Korea have set ambitious targets to put millions of hydrogen-powered vehicles on their roads by the end of the next decade at a cost of billions of dollars. But to date, hydrogen fuel cell vehicles (FCVs) have been upstaged by electric vehicles, which are increasingly becoming a mainstream option due to the success of Tesla Inc`s luxury cars as well as sales and production quotas set by China.

Critics argue FCVs may never amount to more than a niche technology. But proponents counter hydrogen is the cleanest energy source for autos available and that with time and more refuelling infrastructure, it will gain acceptance.

China, far and away the world`s biggest auto market with some 28 million vehicles sold annually, is aiming for more than 1 million FCVs in service by 2030. That compares with just 1,500 or so now, most of which are buses.

Hydrogen`s proponents point to how clean it is as an energy source as water and heat are the only byproducts and how it can be made from a number of sources, including methane, coal, water, even garbage. Resource-poor Japan sees hydrogen as a way to greater energy security.

They also argue that driving ranges and refuelling times for FCVs are comparable to gasoline cars, whereas EVs require hours to recharge and provide only a few hundred kilometres of range. Many backers in China and Japan see FCVs as complementing EVs rather than replacing them. In general, hydrogen is seen as the more efficient choice for heavier vehicles that drive longer distances, hence the current emphasis on city buses.

Only a handful of automakers have made fuel cell passenger cars commercially available. Toyota Motor Corp launched the Mirai sedan at the end of 2014, but has sold fewer than 10,000 globally. Hyundai Motor Company has offered the Nexo crossover since March last year and has sold just under 2,900 worldwide. It had sales of around 900 for its previous FCV model, the Tucson.

Honda Motor Co Ltd's Clarity Fuel Cell is available for lease, while Daimler AG's GLC F-CELL has been delivered to a handful of corporate and public sector clients.
Buses are seeing more demand. Both Toyota and Hyundai have offerings and have begun selling fuel cell components to bus makers, particularly in China.

WHY HAVEN'T FUEL CELL CARS CAUGHT ON YET?

A lack of refuelling stations, which are costly to build, is usually cited as the biggest obstacle to widespread adoption of FCVs. At the same time, the main reason cited for the lack of refuelling infrastructure is that there are not enough FCVs to make the stations profitable.

Consumer worries about the risk of explosions are also a big hurdle and residents in Japan and South Korea have protested against the construction of hydrogen stations. This year, a hydrogen tank explosion in South Korea killed two people, which was followed by a blast at a Norway hydrogen station.

Then there`s the cost. Heavy subsidies are needed to bring prices down to levels of gasoline-powered cars. Toyota`s Mirai costs consumers just over 5 million yen ($46,200) after subsidies of 2.25 million yen. That`s still about 50% more than a Camry.