Electric vehicle manufacturers Friday said the government should come up with a concrete action plan and its time-bound implementation if the country aspires to become a leader in transport revolution through electric vehicles (EVs). 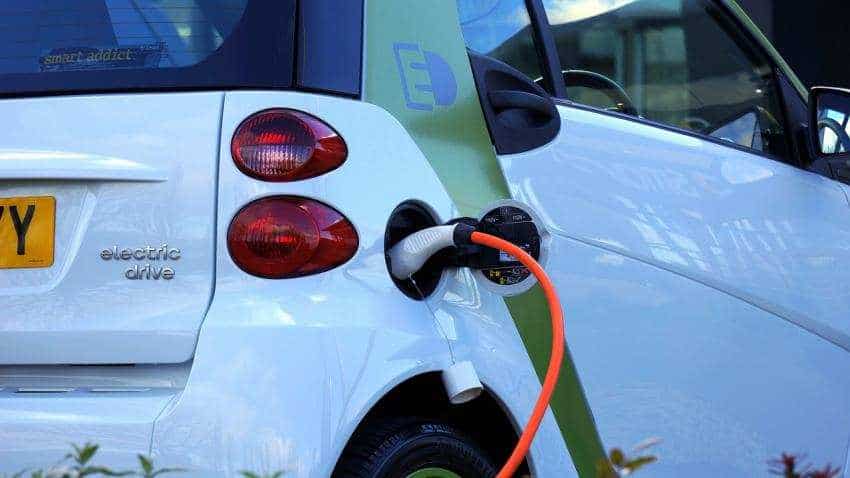 Presenting the Interim Budget for 2019-20 in the Lok Sabha, Piyush Goyal also said the usage of such green technologies would help the country become self reliant in terms of energy requirements. Image source: Pixabay

Electric vehicle manufacturers Friday said the government should come up with a concrete action plan and its time-bound implementation if the country aspires to become a leader in transport revolution through electric vehicles (EVs). "We hope the government would soon announce a concrete plan of action with its time-bound implementation in order to fulfil its stated vision," Society of Manufacturers of Electric Vehicles (SMEV) Director General Sohinder Gill said in a statement.

SMEV strongly feels that an initial high dose of incentives and actions must be taken in the next 1 or 2 years to relaunch the electric mobility mission that has run out of steam in recent years due to flip flop of policies, he added. SMEV's reaction comes after Finance Minister Piyush Goyal Friday said India would lead the world in transportation sector, with EVs and energy storage devices set to play a leading role in the segment.

Presenting the Interim Budget for 2019-20 in the Lok Sabha, Goyal also said the usage of such green technologies would help the country become self reliant in terms of energy requirements. Lohia Auto Industries CEO Ayush Lohia said considering the environment concerns, the company was expecting "something concrete in the 2019 budget". "Moreover, to meet the target of 2030 the government needs to plan today instead of giving the electric vehicles a push at a later stage," he added.

Avis India MD and CEO Sunil Gupta said the Budget was largely silent on concrete incentives for EVs. "But, we hope that in the next FAME policy, the government will spell out incentives for all stakeholders in the EV ecosystem - manufacturers, charging infrastructure providers and operators," he added. JBM Group Executive Director Nishant Arya said that while the lowered duties will promote local assembly of components, some kind of incentivisation was an absolute necessity for OEM's to invest in facilities that promote electric vehicles.

"I believe most of us were looking forward to the announcement of FAME II because it will give us a clear roadmap," he added. Similarly, MG Motor India Executive Director P Balendran said the recently announced cut in customs duty on certain electric vehicle components will augur well for EVs but there could have been more done in this regard to make India adopt EVs at a faster rate. "We hope these factors including charging infrastructure will be addressed in the FAME II policies to be announced soon," Balendran added.

Toyota Kirloskar Motor Vice Chairman & Whole-time Director Shekar Viswanathan applauded the government on EV drive towards reducing fuel import. "We would further continue our concerted efforts in this direction to boost sustainable mobility to enhance ever-better and comfortable living of the society. The vehicle emission based tax regime would boost this EV vision, towards achieving a cleaner and greener environment," he noted.  Volvo Car India Managing Director Charles Frump said the company's future roadmap is completely in sync with electric mobility as globally it plans to go fully electric in the next few years.

"The fully electric car will make its entry into the Indian market soon after its global launch. We not only plan to launch the first-ever locally assembled plug-in hybrid vehicle in India later this year but also bring in four more plug-in hybrid vehicles next year," Frump added. Society of Indian Automobile Manufacturers (SIAM) said it would work with government in creating an ecosystem that would enable the country to achieve the target of becoming the world leader in electric mobility.