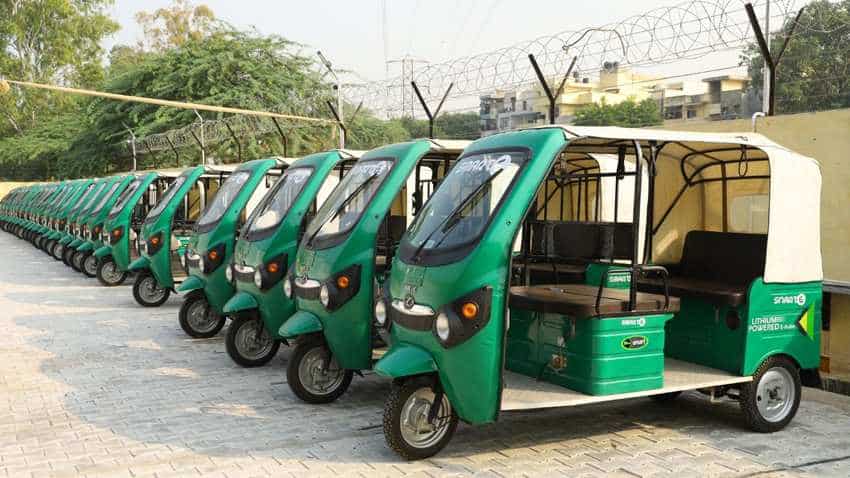 By end of the year, SmartE is looking to make its services available across nearly 50 Metro Stations on DMRC network.
Written By: Prashant Singh
Edited By: Harish Dugh
RELATED NEWS

In a further boost to the electric vehicle market, SmartE on Thursday inaugurated two new charging hubs at Uttam Nagar and Rajouri Garden Metro Station. With these additions, SmartE will now serve more than 20 metro stations in Delhi NCR. These are SmartE's 7th & 8th EV charging hubs while 6 are already operational with a fleet of nearly 1000 vehicles.

"300 electric 3 wheelers are rolled out in the first phase for Uttam Nagar East Station which will help nearly 30,000 commuters to move on a daily basis. On the other hand, 50 electric 3 wheelers are being given a go-ahead in the first phase from Rajouri Garden Metro Station (Pink Line) to help about 5,000 commuters move per day," SmartE said in a statement.

Chief Guest for the occasion was AK Garg, Director Operations, DMRC and Guest Of Honour was Shalini Singh, Joint Commissioner, Western Range, Delhi Police. The gave a go-ahead to the E-rickshaw drivers. 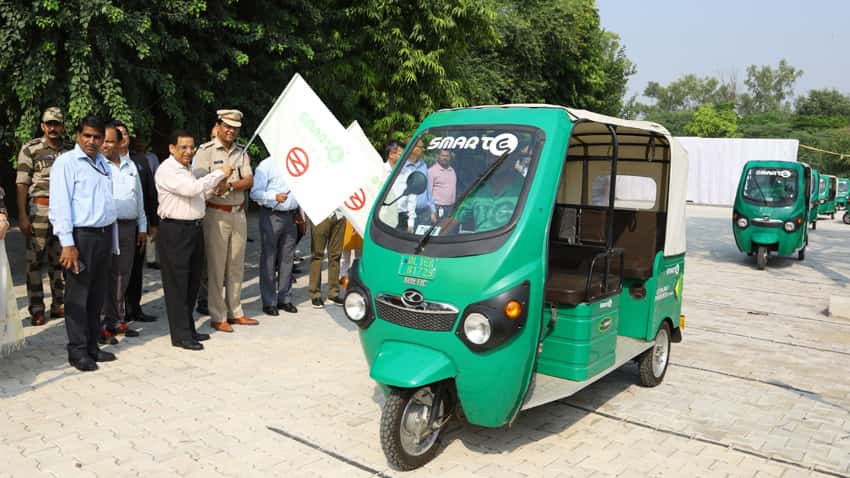 By end of the year, SmartE is looking to make its services available across nearly 50 Metro Stations on DMRC network. The company is also looking to ramp up its fleet from current 1000 to nearly 10000 in 18-24 months' time.

"With this, SmartE is going strong on addressing the last mile mobility challenge in an environmentally sustainable manner and is also the official last-mile connectivity partner to Delhi Metro, offering its services across multiple metros. For the next 8-10 days, SmartE is sharing their happiness by giving free rides to the customers," the company statement said.