United Auto Workers (UAW) union President Rory Gamble, who had previously called on the Detroit automakers to close their U.S. plants, in a Wednesday statement called shutdowns "the prudent thing to do." 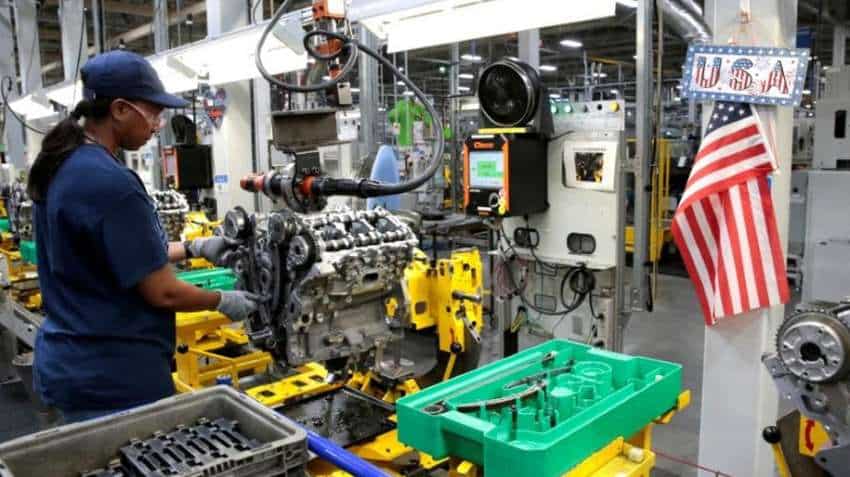 Detroit Three automakers will shut down their U.S. plants to stop the spread of coronavirus, Photo: Reuters
Written By: Reuters
RELATED NEWS

'Mahindra US plant an illustration of India-US economic ties'

Automaker Mahindra wants to sell electric vehicles in US

The Detroit Three automakers will shut down their U.S. plants to stop the spread of coronavirus, bowing to pressure from the union representing about 150,000 hourly workers at those facilities, industry officials said.

The actions come less than a day after the automakers and the United Auto Workers union agreed to keep plants running with reduced shifts and staffing, and more time allowed for cleaning.

But that deal was put aside on Wednesday morning after Honda Motor Co said it would shut its North American factories for six days because of a slump in demand, and a worker at a Ford assembly plant in Michigan tested positive for the coronavirus.

Ford on Wednesday morning closed the final assembly building at its complex in Wayne, Michigan, where it builds the Ranger pickup truck and will assemble Bronco SUVs.

Ford said it would close all its North American plants after Thursday evening`s shifts through March 30 to thoroughly clean the factories in the United States, Canada and Mexico. GM`s timetable was the same, while FCA`s is through the end of March.

Japanese automaker Nissan Motor Co said it will halt production at U.S. manufacturing facilities starting March 20 through April 6 "to boost containment efforts where possible around the COVID-19 coronavirus." Nissan said it has no confirmed cases of COVID-19 at any Nissan facility.

There were no details on when it would reopen. Toyota Motor Corp said it would close its North American plants for two days next week.

The Detroit Three automakers have yet to issue profit warnings, but Germany`s BMW said on Wednesday its 2020 profit would be "significantly lower" than last year. FCA said it would update its financial guidance when it has greater visibility on the epidemic`s impact on the market.

The pain could also be felt by the U.S. government, which would lose $2 billion in tax revenue if sales in the entire U.S. auto sector stopped for a week, according to the Center for Automotive Research in Ann Arbor, Michigan.

United Auto Workers (UAW) union President Rory Gamble, who had previously called on the Detroit automakers to close their U.S. plants, in a Wednesday statement called shutdowns "the prudent thing to do."

"Recent developments in North America make it clear this is the right thing to do now," GM Chief Executive Mary Barra said in a separate statement.

GM said Barra spoke with officials in President Donald Trump`s administration about the No. 1 U.S. automaker supporting production of medical equipment needed to help fight the outbreak, such as ventilators.

Workers affected by the shutdowns qualify for unemployment as well as supplemental pay from the automakers, the union said.

It was not clear whether the automakers would seek to substitute this shutdown for the one they typically take annually during the summer.

Tesla Inc was operating its plant in Fremont, California, on Wednesday, despite a statement from local officials that the factory cannot continue to operate as the San Francisco Bay Area began a three-week lockdown. Local officials said Tesla was preparing to reduce staffing by about 75% at the plant.

'Mahindra US plant an illustration of India-US economic ties'

Automaker Mahindra wants to sell electric vehicles in US

Six-week-old baby dies of coronavirus in US