The company said late on Wednesday that import tariffs on cars exported from the United States to China would hurt sales of its Mercedes-Benz cars, resulting in slightly lower earnings before interest and taxes (EBIT) this year. It previously saw 2018 EBIT rising slightly. 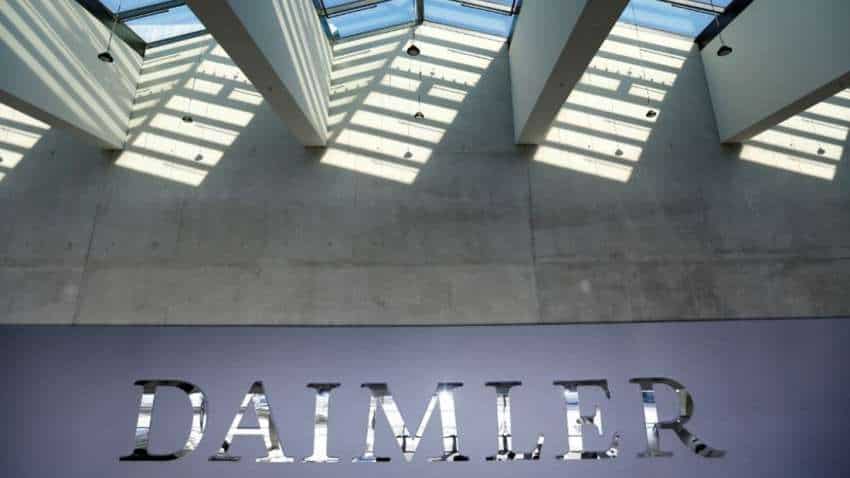 German luxury carmaker Daimler cut its 2018 profit forecast, blaming a trade war between China and the United States and stricter pollution targets, sparking fears of a wave of earnings downgrades across the industry.

The company said late on Wednesday that import tariffs on cars exported from the United States to China would hurt sales of its Mercedes-Benz cars, resulting in slightly lower earnings before interest and taxes (EBIT) this year.

"We do not believe Daimler will be the only OEM (original equipment manufacturer) to reduce guidance. Other OEMs are also exposed to similar trends that Daimler cites in various degrees," Morgan Stanley analysts said.

German rival BMW’s exports of sport-utility vehicles (SUVs) from the United States may suffer similarly, and stricter vehicle certification tests will hit all European manufacturers in the second half of this year, they said.

Slower sales of SUVs from the Mercedes-Benz plant in Alabama to China will result in a hit of around 250 million euros ($289 million), Evercore ISI analysts said.

At 0820 GMT, Daimler shares were down 4 percent at 58.05 euros, the biggest fall by a European blue-chip stock, while shares in BMW and Volkswagen were down 2.9 and 2 percent, respectively.

Daimler`s revised forecast comes as U.S. President Donald Trump is proposing to impose tariffs on imported vehicles on the grounds that trade imbalances on many products threaten U.S. national security.

He is separately promising to impose tariffs on up to $200 billion of Chinese goods. China has warned it will retaliate with levies on U.S. products, potentially including the Mercedes-Benz SUVs shipped to China from Alabama.

Stocks in a wide range of companies have see-sawed in recent weeks as investors tried to assess the risk to corporate profits from the Trump administration`s trade policy.

Daimler is one of the biggest global companies to cut its guidance and blame trade tensions. The German firm`s revised forecast came on the same day as reports that German automakers backed a proposal that the European Union drop tariffs on vehicles to defuse trade tensions.

While the United States and China have not yet imposed new tariffs, Daimler said it expected them, and would not be able to recover the costs from customers.

"Fewer-than-expected SUV sales and higher-than-expected costs, not completely passed on to the customers, must be assumed because of increased import tariffs for U.S. vehicles into the Chinese market," it said in a regulatory filing.

BMW, the largest vehicle exporter from the United States by value, has its largest factory in Spartanburg, South Carolina and faces a $965 million impact from tariffs, with Daimler exposed to a $765 million hit, Evercore ISI analysts have said.

Around 18 percent of all BMWs sold in China were exported from the United States last year, and the carmaker has warned a further escalation of the trade row "would be harmful for all stakeholders".

BMW this year stopped exporting the X3 from the United States to China amid escalating trade tensions, moving production to a plant in Rosslyn, South Africa and another in Shenyang, China.

BMW had no immediate comment about the impact on profits, but a spokeswoman said on Wednesday: "Barrier-free access to markets is a key factor not only for our business model, but also for growth, welfare and employment throughout the global economy."

Daimler also said a new vehicle certification process based on stricter fuel efficiency test procedures would hit sales in the second half of the year, and warned earnings at Mercedes-Benz Vans unit would suffer because of a vehicle recall for diesel-engined models.

Several carmakers including Volkswagen have said they face challenges adapting their vehicle fleets to meet the new Worldwide Harmonised Light Vehicle Test Procedure (WLTP), which is based on real-driving data rather than theoretical scenarios.

Because the new regime gives higher carbon dioxide readings than the old system, it will force some carmakers to delay road certification and sales, or push vehicles into a higher tax bracket.

"The elephant in the room at the moment is the response of national governments – and manufacturers – to the new WLTP emissions and fuel economy testing procedure, which has the potential to cause significant tax increases in countries which have taxation regimes based on CO2 emissions," analysts at LMC said this month.

Daimler now sees EBIT at Mercedes-Benz Cars slightly below a year earlier, compared with previous guidance for a slight rise.

Daimler, which has said it will appeal KBA`s decision, previously expected earnings at the vans business to decline only slightly.

Overall, Daimler`s EBIT will take a hit of about 763 million euros once costs of the recall, the impact of WLTP certification and lower sales in Latin America are factored in to results, Evercore ISI analysts said.

Japanese and South Korean automakers for the most part do not ship vehicles made in the United States to China. Most of the vehicles sold in China are made locally through their Chinese joint ventures, along with imports from Asia.

But analysts said the U.S. trade spat with China raised concerns about knock-on effects on other countries, like potential U.S. auto tariffs on all vehicle imports.

"South Koreans have higher portions of vehicle imports in the U.S. than peers, making them vulnerable to U.S. potential tariffs," Kwon Soon-woo, an analyst at SK Securities, said.