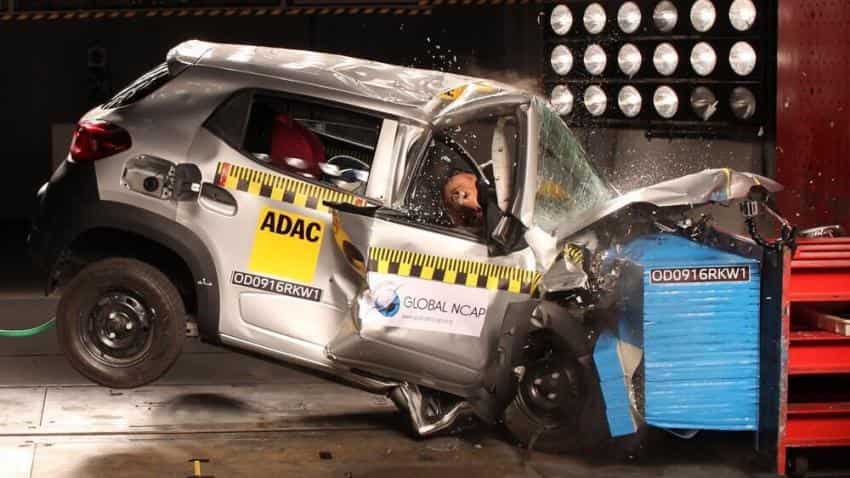 Car safety standards in India will be taken up a notch as the government has pushed automakers for the implementation of airbags, antilock braking system (ABS) and speed warning systems in cars by October 2018.

While this will surely push up the car prices in a sensitive Indian market, the safety standards for vehicles in India still have a long way to go to meet global standards.

It is estimated that the cost of vehicles in India will increase by 8-15% once these safety feature norms are enforced.

Currently in India very few automobile companies provide airbags and ABS in their entry-level models. Let alone any of these global safety features.

Sumant Banerji, in a column on DailyO wrote quoted RC Bhargava, chairman of Maruti Suzuki as saying, "In Japan, airbags were made standard on all cars in 2004 but the rate of accidents was still very high," adding, "If the government decides to make them (airbags, ABS) mandatory, then we will comply but it would make cars more expensive. My worry is, for entry-level cars it could have a significant impact. We want two wheeler owners to graduate to cars as automatically that is a step up on safety. If you make cars expensive, then that will not happen."

In response to this, most the automobile companies simply denied that their cars were unsafe and in fact stated that they were following Indian safety standards.

While this mandatory airbags and ABS norm comes as good news, it still brings the question whether implementing these three systems will be enough.

For instance, in the US Federal Motor Vehicle Safety Standards states that cars should have features which are absent in India include: