Buying a second-hand car? Things to keep in mind

The second-hand car market in India alone is worth Rs 1 lakh crore and it is estimated that for every new car that is sold there is at least one used car that finds a buyer. 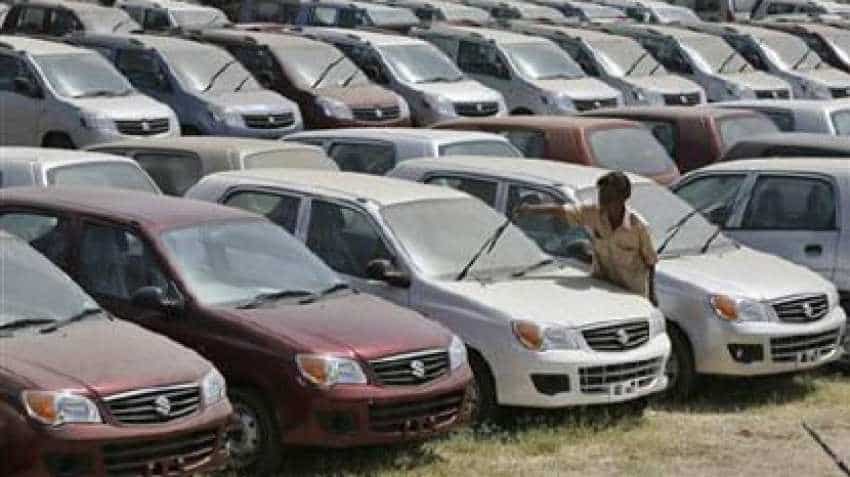 With the festival season in full swing, many financial institutions and car dealers are readying offers for second-hand car purchases. Image source: Reuters

The second-hand car market in India alone is worth Rs 1 lakh crore and it is estimated that for every new car that is sold there is at least one used car that finds a buyer. With the festival season in full swing, many financial institutions and car dealers are readying offers for second-hand car purchases.

Along with improving used car quality, increasing reliability, shorter ownership of new cars and the rise of organised players in this space have made used cars a viable option. But all this doesn't mean that you should blindly trust everything. DNA Money talks to experts to find out three important things when buying a used car.

Car due diligence
The market for used cars in India is undergoing a surge of change. As per a report by CRISIL, almost two in every three cars sold in the country today are used cars. Volume wise, there are more than 3 million used cars sold in India every year. This culminates into a favourably used car- new car sale ratio.

One reason is the change in the way cars are sold and purchased. There is a swift rise in automobile portals where buying and selling have now become easy. From virtual test drives, purchasing cars online and checking car reviews, have drastically shaped the automobile industry.

But potential used car buyers must do the due diligence. They can either do it on their own or use an expert. Shubh Bansal, co-founder and chief of marketing, Truebil says: Today, there is a welcoming change in the attitude of Indian customers. This has opened up huge prospects for the used car market, which is still untapped to a large extent. We provide free car inspection, quick sell guarantee, speedy paper transfer, used car loan assistance, insurance renewal support, warranty service and emergency roadside assistance to the car purchases made through our portal."

Second-hand cars require higher maintenance cost than new cars. So, why do buyers prefer second-hand cars? There are several reasons why this is happening. The first is that the car quality in India is improving, increasing reliability even when driven over longer periods. "So, a slightly older car is no longer considered a risk. At the same time, ownership cycles are shortening, from six to eight years five years back, to around four years now," says Navin Chandani, chief business development officer, BankBazaar.com The rising number of organised players in this space and the easy credit availability for used cars is making used cars a viable option for those who are looking to buy that first car or even a second family car.

The message is very clear. Buy not too old cars and from reliable players only. Don't go for seemingly attractive deals from people you don't really know.

While buying a previously owned car, one can change the insurance policy ownership and not necessarily get a new one. "It is important to look for following points while transferring the ownership of the insurance policy- check whether an insurance claim has been made in the past as this will tell you if any repairs have been made to the car; check for the expiry date of the policy, check the type of insurance by which the vehicle is covered," says Tarun Mathur, chief business officer - general insurance, Policybazaar.com.

If the previous owner did not have an active policy then you need to apply for a new one. Moreover, if there is an active insurance policy, you can get it transferred to your name. Doing so is a cumbersome process. First, you have to apply for policy transfer with the insurer. Then insurer will charge for the rest of the policy tenure on a pro-rata basis, after adding the No Claim Bonus if any, given to the previous owner of the car.

"Also, the drawback of transferring the policy is that when the current policy tenure is over, you will not be offered any NCB on the immediate renewal of the endorsed policy. This is because you are only eligible for any NCB on your motor policy whose tenure is of 12 months. Any policy less than 12 months period does not yield any NCB discount for the policyholder on subsequent renewal. Hence, it is strongly recommended to go for a new policy for your second-hand car from any insurer instead of transferring the current policy to your name," says Mathur.

Shop around for loans
The boost in the used car market in India has led to banking and non-banking financial companies to offer unique loan products for used cars. From getting loans up to 100 % of the value of select used cars to flexi EMI options, consumers can choose loan options based on their financial capabilities.

"There is no telling whether the dealer will beat your bank's rate or vice versa. In most cases, the dealer's rates are marked up from the bank's rates. So you would be paying as much or even more than what the bank would charge. So look at all available options, be they banks, non-banking finance companies (NBFCs), or dealers, and select the most appropriate one in terms of interest, tenor, prepayment, processing fees, etc," says Chandani.

While the process for applying for a car loan remains the same, there are a few differences when it comes to mapping the borrowing cost for second-hand car loans vis-a-vis new car loans. Most banks and NBFCs offer up to 90-100 % of the loan amount for a new car, as the cost is higher than a used car. For a used car, the loan amount is usually only 70-80%, or even as low as 50% of the cost of the car, Chopra added.

Also, the interest rate of a used-car loan is higher than that of a new-car loan by approximately 2 to 5 %, depending on the customer's risk profile and the loan amount.