The stakes are high. Britain is Europe`s second-biggest buyer of cars and fourth biggest manufacturer, meaning disruption to supplies - and possible tariffs of up to 10  percent  on vehicles moving between Britain and the European Union - will have repercussions across the industry. 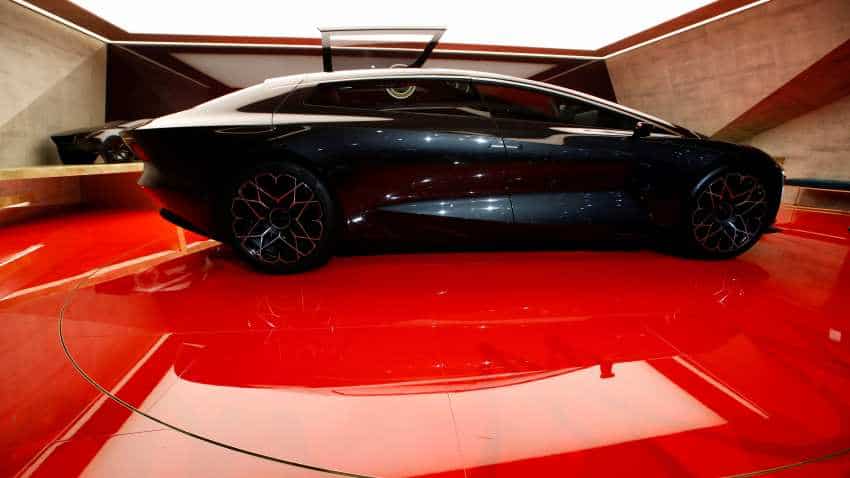 The usual mix of sports cars, offroaders and family saloons will be on display at the Geneva motor show this week, but with one big difference from previous years - they may be about to become harder and costlier to make, and more expensive to buy.

If Britain leaves the European Union on March 29 without a withdrawal deal, all bets are off on what will happen to the just-in-time production system on which the European auto industry relies, or to demand for vehicles across the continent.

And the situation has just got more complicated. Last week, British Prime Minister Theresa May raised the prospect of a short delay to Brexit, potentially disrupting the plans that carmakers have put in place to cope with a no-deal divorce.

"I`m sure I speak for most of the country when I say, we just want to get it done. We just want to know where we are and get on with it," Andy Palmer, the chief executive of British sports car maker Aston Martin, told Reuters.

His company has said it will spend up to 30 million pounds ($40 million) on preparing for a potentially disorderly Brexit, including stocking more components and potentially flying in parts if ports are clogged up.

The stakes are high. Britain is Europe`s second-biggest buyer of cars and fourth biggest manufacturer, meaning disruption to supplies - and possible tariffs of up to 10 percent on vehicles moving between Britain and the European Union - will have repercussions across the industry.

With less than a month to go, May is trying to renegotiate a withdrawal deal with the EU that British lawmakers have so far refused to approve.

The timing could hardly be worse for a car industry already struggling with a slowdown in China, the world`s biggest autos market, a plunge in demand for diesel vehicles and costly investments in electric as well as self-driving cars.

Britain`s once booming car industry is already recording drops in sales, investment and output, with Japan`s Honda delivering the biggest blow so far by announcing plans to close its British factory.

BREXIT BILL
But carmakers cannot suddenly stop plans which have been years in the making.

British supercar maker McLaren will display its Speedtail in Geneva, while fellow British luxury brand Bentley will show off the Bentayga Speed and Aston Martin its Lagonda all-terrain concept vehicle.

Meanwhile, Japan`s Toyota has just begun churning out its new Corolla car at its English factory.

But others are staying away from Europe`s top car show. These include Britain`s biggest carmaker Jaguar Land Rover (JLR), which is belt-tightening, and U.S. manufacturer Ford, which is making cuts to its European operations.

JLR has said it faces a more than 1.2 billion pound hit to its profits if there is a "bad Brexit deal", which would involve tariffs on cars of up to 10 percent and between roughly 2 and 4 percent on components and engines.

Ford, which does not make cars in Britain but builds nearly 1.3 engines there, has said a no-deal Brexit could cost up to $1 billion.

It fears delays and tariffs before the engines can be fitted into vehicles in Germany, Turkey, the United States and elsewhere.

Ford also has the most exposed overseas plant, with nearly one in three cars rolling off the production line in its Cologne plant in Germany destined for Britain, the company`s third-largest market, according to researchers LMC Automotive.

Seven of the top 10 factories that export the highest volumes to Britain are in Germany, which itself is teetering on the edge of recession.

Ford said last month it would take "whatever action is necessary to preserve the competitiveness of our European business."

But moving production can takes years, meaning firms would have to manage a no-deal Brexit, at least in the short term. Honda`s plant closure announced last month will not take place until 2021.

A delay to Brexit could also ruin some contingency plans.

JLR, Honda and BMW`s Mini and Rolls-Royce brands - together accounting for around 55 percent of UK car output - all plan to shut down in April from between a week to up to a month in case of any disruption from a no-deal Brexit.

Shutdowns are generally organised months in advance so employee holidays can be scheduled and suppliers can adjust volumes, making them hard to move.

The uncertainty leaves automakers grappling to address a huge range of potential problems, from recertifying models to investing in more pallets to transport German-made engines.

"We can listen to the rhetoric of British politicians saying `we`ll make the Dover port flow, we`ll let the stuff in` but what they fail to realise is that for every time you bring in an engine, you`ve got to send a pallet back to Germany," said Aston Martin`s Palmer.

"If the French aren`t opening up their border, very soon you run out of pallets."