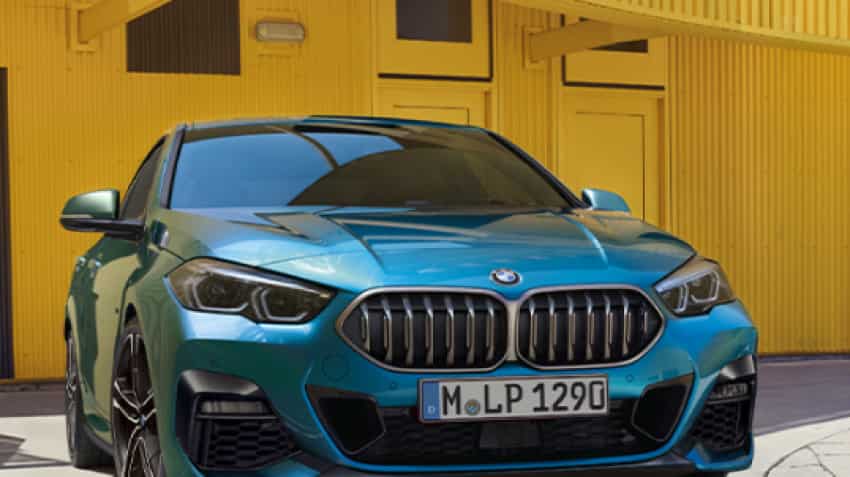 The company is currently offering the 2 Series Gran Coupe in 220d diesel variant. The petrol model is likely to e launched in a few months from now. Source: @bmwindia
Written By: ZeeBiz WebTeam
Edited By: Harish Dugh
RELATED NEWS

German car maker BMW has launched its most 'economically priced' Sedan 2 Series in India. The BMW 2 Series Gran Coupe launched today is available at an ex-showroom price of Rs 39.3 lakhs. The price of the top model of this 2 Series sedan is Rs 41.4 lakhs. This is the first Sedan by BMW with four doors which looks like its 4-door Coupe.

The company is currently offering the 2 Series Gran Coupe in 220d diesel variant. The petrol model is likely to e launched in a few months from now.

In line with the X1 and Countryman models, this sedan has been endowed with xDrive or all-wheel drive. This car is available with general driving modes including sport, comfort and eco pro mode.

On driving the BMW 2 Series Gran Coupe in the eco mode, at least 20 per cent of the fuel could be saved. The ambient lightings offered by the company are very beautiful as the lights come with patterned strips on the doors and the dashboard.

Apart from ABS, the car is also equipped with features like run flat tyres along with pressure monitoring system. All these features have been given in both the models.

The engine is a 2GC 220d 2.0 litre diesel engine which is capable of producing 190 BHP horsepower along with 400 NM of peak torque.

This amazing feature of the all-powerful engine gives the car a 0-100 km/hr speed in just 7.5 seconds. The company is offering the car with 8-speed steptronic transmission system.

BMW 2 Series Gran Coupe also has a 1.25-inch touchscreen, which is tilted towards the driver. This gives the option for the latest i-drive interface, apple carplay and android auto. The driver can connect his phone with the system without using any wire. Th M Sport has also been given a wireless charger. Both variants also have a gesture control and i-drive controller along with inbuilt touchpad.