Benelli  launched TRK 502 and the TRK 502X models in the country today. 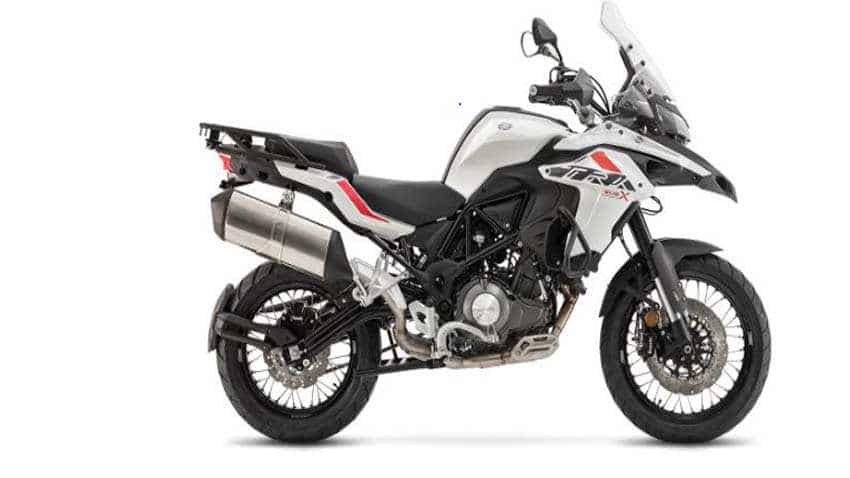 Keeping in mind the huge demand for entry-level premium adventure bikes in India, Italian motorcycle manufacturer Benelli launched Tits RK 502 and the TRK 502X models in the country today. The TRK 502 is an adventure bike with 17-inch alloy wheels and road-biased tyres, while TRK 502X  rides on a 19-inch spoke wheels in the front and 17-inch at the rear with dual-sport tyres.

The price of TRK 502 is expected to be between Rs 5 lakh and 6 lakh  While TRK 502X will come at a premium of Rs 25,000-30,000 over the former.  The price range is kept affordable and it will be within the reach of middle-class bike enthusiasts.  This may bring in good numbers in the country due to their price advantage.

It has a 500cc parallel-twin engine which churns out 47bhp and 45Nm of peak torque.  The gear ratio of TRK 502 and TRK 502X  are expected to be different from each other to suit their nature, according to an Overdrive report.

Its motor is mated to a six-speed gear which transfers power via a chain drive to the rear wheel. TRK 502 and TRK 502X will have a 20-litre fuel tank capacity. These bikes have a pair of 320mm front discs and a 260mm rear disc along with the dual-channel ABS for brakes, it said.

Benelli had unveiled  TRK 502, TRK 502X concept versions at the EICMA Show in Italy. Both the bikes have same chasis and similar bodywork. However, TRK 502 runs on 17-inch wheels and TRK 502X has 19-inch front and 17-inch rear wheels.