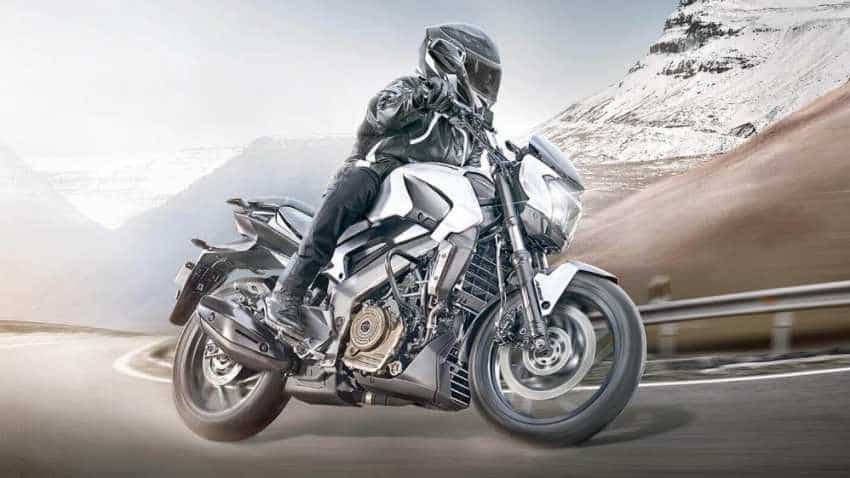 The motorcycle will be rolled out with new upside down front forks, advance instrument cluster, updated alloy wheels and a all new twin-port exhaust. (Official website of Bajaj)

India's two wheeler giant, Bajaj will be launching the 2019 Dominar 400 in India soon. The flagship bike of Bajaj is spotted numerous times while testing on the Indian roads and was even featured in the new TVC of Bajaj.

In a particular road test, rider hits the redline of the 2019 Dominar 400 in its 1st, 2nd, and 3rd gear. Later he rides an old Dominar, once again and touched the redline in the first three gears to unfold the changes that the new motorcycle is offering.

The test proved that the 2019 Bajaj Dominar will be way faster than its previous version. However, the possible reasons for the 2019 Dominar 400 being faster than the old Dominar, could be the better gearbox ratio, faster engine acceleration and better lower/mid-range power in the new model.

The Bajaj has increased an overall power output of the bike as well. Other then the mechanical changes, the motorcycle will be rolled out with new upside down front forks, advance instrument cluster, updated alloy wheels and a all new twin-port exhaust.

However, the bike is yet to be launched in India and the mechanical and engine changes will be revealed after official launch by the Bajaj. However, the expected price range of the bike is between Rs 1.70 lakh to Rs 2 lakh.

Rahul Bajaj passes away in Pune at 83