The company has already unveiled Discover 110 with CBS (Combined Braking System) and the Pulsar 220F with ABS, besides launching Avenger 220 Street and 220 Cruise with ABS. 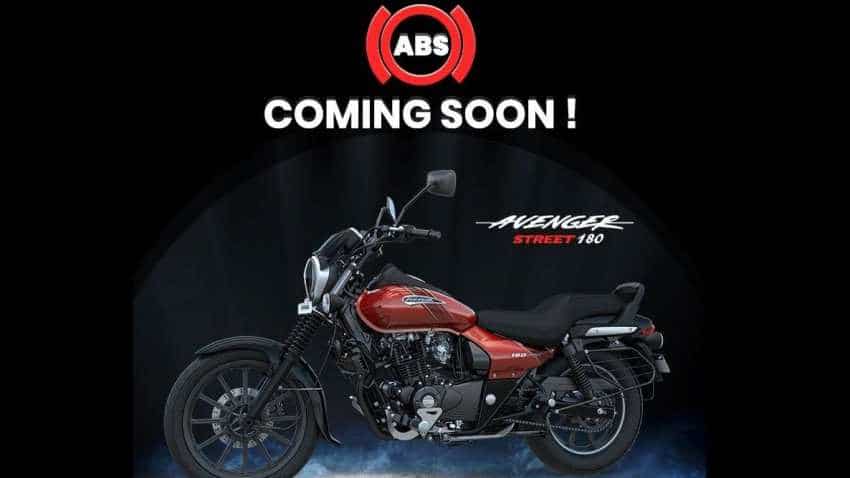 Auto firm Bajaj has released a promotional image of upcoming ABS-equipped Avenger Street 180, prior to its formal launch. The Avenger Street 180 is expected to be equipped with a single-channel ABS, and is likely to witnessed its launch before April 1, 2019, according to a BikeDekho report.

Since all new bikes below 125cc need to be equipped with combined braking system and above that power should have ABS as standard fitment from April 2019 onwards, Bajaj has already launched such bikes in the market. The company has already unveiled Discover 110 with CBS (Combined Braking System) and the Pulsar 220F with ABS, besides launching Avenger 220 Street and 220 Cruise with ABS, the report said.

After launching the said bikes, the auto firm has released an official promotional poster of the entry-level Avenger 180 Street ABS.

Bajaj’s entry-level cruiser is said to carry Street 220’s bodywork, but sports a smaller 180cc air-cooled motor borrowed from the Pulsar 180. The Avenger Street 180 makes 15.5PS and 13.7Nm of torque and is mated to a 5-speed gearbox, said the report, adding that it misses out on all-digital instrument console of the larger Avengers but has an analogue setup.

The Bajaj Avenger Street 180 would compete against Suzuki Intruder 150 ABS, which comes with a price tag of Rs 1.02 lakh (ex-showroom, Pune).

Bajaj Avenger Street 180 priced at Rs 85,498 is the most affordable cruiser in India