Rajiv Bajaj said that with Dominar's launch they are targetting 20% of the Rs 1-2 lakh two-wheeler segment and if it is achieved it will be a $1 billion brand in the next 12-18 months. 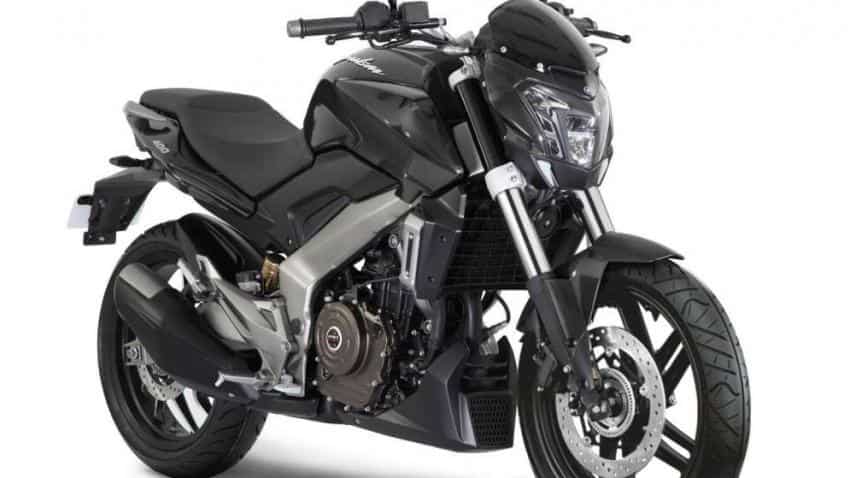 Bajaj starts production of 400cc bike to be launched next month

The Dominar 400, powered by a 373cc engine will be available with ABS and disc brake versions which are priced at Rs 1.5 lakh and Rs 1.36 lakh, respectively.

"The Dominar is the best and biggest bike ever from our stable and we are entering a price segment of Rs 1-2 lakh which has a leader (Royal Enfield) with 80% market share," Bajaj Auto Managing Director Rajiv Bajaj told reporters here.

Spelling out ambitious targets for the new model, he said, "We are targeting about 20% of the segment and if achieve that the Dominar will be a $1 billion brand in the next 12-18 months."

Bajaj further said that the segment, currently dominated by Royal Enfield, is clocking around 65,000 to 75,000 units a month. "In 2017, this will be a million units a year segment."

Initially the company is looking at selling around 10,000 units in the domestic market even as it will start exporting the new product to the global markets from February 2017, he added.

Eventually, Bajaj said, the company is looking at selling around 2 lakh units of the Dominar a year.

"We will export to Europe, ASEAN countries like Indonesia, Malaysia and the Philippines besides Latin America," he said.

The company today opened the booking for the Dominar 400 online with an amount of Rs 9,000 and deliveries will begin by January.

Bajaj starts production of 400cc bike to be launched next month