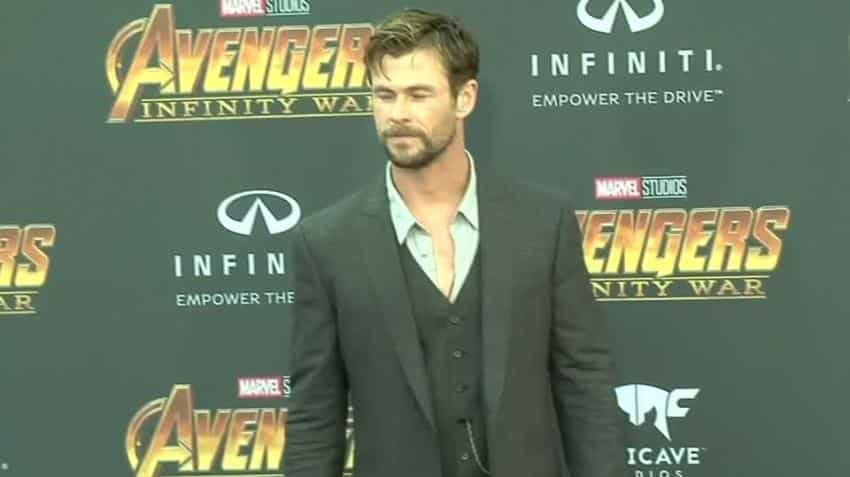 Avengers Infinity War box office collection: The opening weekend boost is set to make it even bigger and at this rate, it may even be eyeing the Rs 100 cr mark. Image source: Reuters
RELATED NEWS

In his reaction in a statement, Bikram Duggal, Executive Director & Head Studios and CMO, Disney India, said Avengers Infinity War euphoria and the reactions from fans has been stupendous. He added, "This is just the beginning." However, the net Avengers Infinity War box office collection stand at Rs 31.3 crore.

Avengers Infinity War is directed by Joe and Anthony Russo, the film saw the superheroes battle it out  in spectacular fashion against supervillain Thanos, who hopes to possess all the Infinity Stones in order to restore balance in the universe. "Avengers: Infinity War" stars Robert Downey Jr, Chris Evans, Mark Ruffalo, Scarlett Johansson, Chris Hemsworth, Anthony Mackie, Paul Bettany, Elizabeth Olsen, Chadwick Boseman, Sebastian Stan, Don Cheadle, Chris Pratt, Dave Bautista, Zoe Saldana, Pom Klementieff, Benedict Cumberbatch. Wait! There are many more.
Avengers Infinity War box office collection is likely to get a big word of mouth boost simply because of its grand scale and spectacular, even breathtaking, clips of superhuman achievements of these iconic superheroes who have taken over the imagination of the young and elderly across the world.