Launched in India in 2005, Swift has sold over 1.8 million units 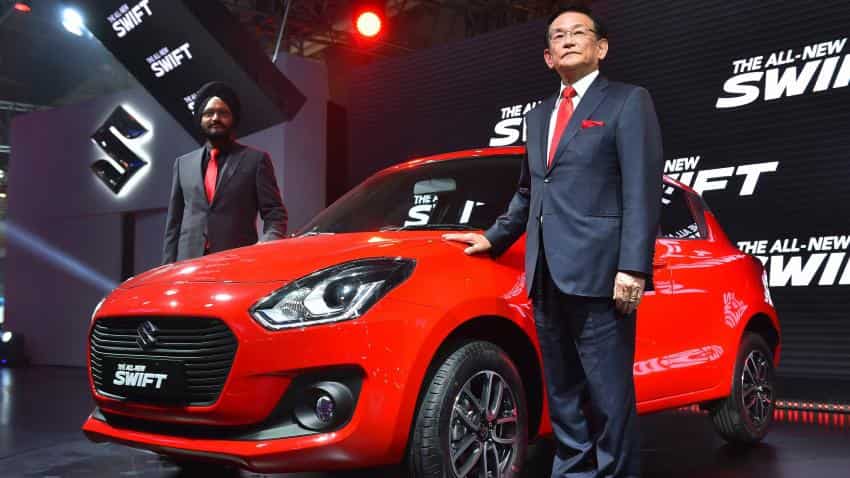 Maruti Suzuki today launched its most popular car Swift in all-new version at an introductory price ranging between Rs 4.99 lakh to Rs 8.29 lakh (ex-showroom Delhi) at the Auto Expo 2018 in Greater Noida.

The company said the new model will be available in both petrol and diesel engine options. While the petrol variant will have a 1.2 litre engine, the diesel option is powered by a 1.3 litre engine.

Speaking at the launch function in Greater Noida, Maruti Suzuki Managing Director and CEO Kenichi Ayukawa reportedly said the company has moved forward under the principle of "Transformotion."

"Indian customers are changing rapidly. In line with this, our goal is to offer products, technology and experience suited to their changing needs," he said.

The company is "approaching the new Swift with the same principle of "Transformotion" taking product, technology and experience to the next level", he added.

Launched in India in 2005, Swift has sold over 1.8 million units, Ayukawa said, adding "For the first time, Swift?comes with the convenience of Auto Gear Shift, the highly popular two-pedal technology."

The new version is statd to be wider and has longer wheel base with more cabin space, headroom and luggage space than the outgoing generation car.

The new vehicle will reportedly be produced from Suzuki's Gujarat plant.