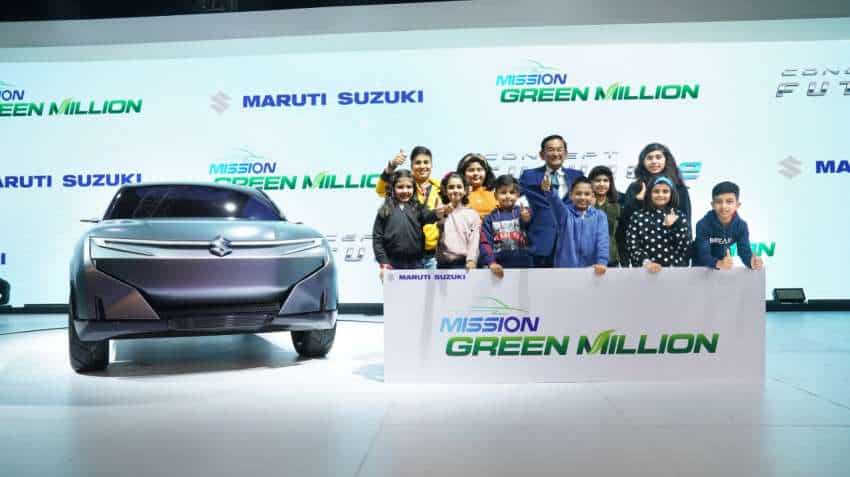 Auto Expo 2020: India's largest car maker Maruti Suzuki India Limited (MSIL) has a gift in its store for car enthusiasts. At the Auto Expo 2020 (#AutoExpoOnZee), MSIL has unveiled its concept electric vehicle `FUTURO-e`. While showcasing the SUV FUTURO-e (#FuturoE), Maruti officials said that the model has been designed keeping the youth in mind.

While talking to the Zee Business, MSIL Marketing Head Shashank Srivastava said that FUTURO-e SUV has been designed and manufactured keeping the 'Mission Green' in mind. He said that Maruti Suzuki India is going to manufacture near 1 million such SUV cars in the coming years. Srivastava went on to add that FUTURO-e will establish Maruti Suzuki's expertise in the future as in the coming times FUTURO-e concept will be the kind of SUV that will fuel auto market demand.

FUTURO-e has display in front of steering, which has a control panel for both driver. In this coupe-styled SUV will have Ambient lighting as well. This concept car has a four-seater option and is expected to give tough competition to Hyundai Creta and Kia Seltos like SUVs.

New Maruti Suzuki electric model will have a fast charging supoort which will help the battery reach 80 per cent in an hour. Once fully charged, the electric WagonR will run for 200 kms, claims Maruti Suzuki India.

Maruti Suzuki WagonR electric variant's official price is yet to be announced but it will be around Rs 10 lakh.