The auto firm also unveiled a racing car with a Formula 1 RS 17, which is the first car put together from scratch by the Renault Sport Formula One Team. 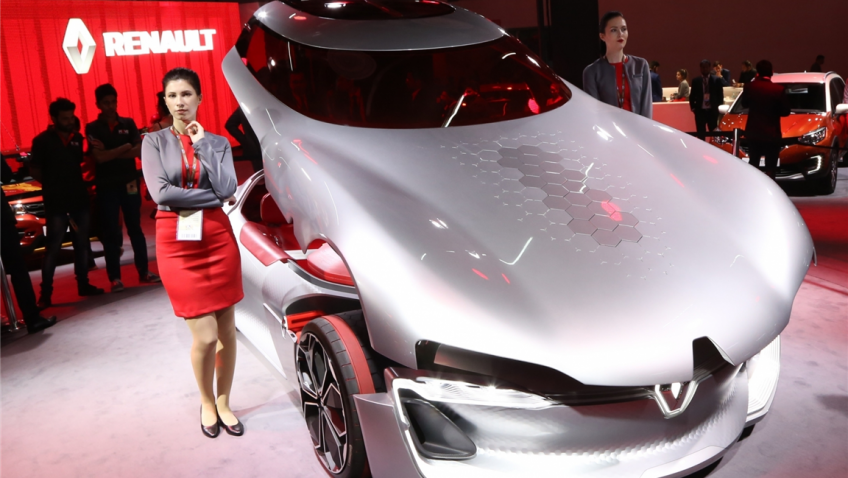 Renault India, which unveiled a slew of models from its global portfolio at the Auto Expo here today, said it is hopeful meeting its both medium and long-term targets wherein it plans to double the volume and market share.

With around 5 per cent market share, the French auto major with just four models - Kwid, Duster, Captur and the Lodgy - is the largest European car brand and the seventh largest overall in the country. Its medium-term volume target is to sell over 1 lakh annually and also to consistently retain 5 per cent market share.

"While we have been hitting 5 per cent market share often, we haven't yet closed a full year with that pie. So meeting that is the immediate priority.

"Over the next five years, we have set a target of doubling our volumes, from a little over 1 lakh now, as well as market share to 10 per cent," Sumit Sawhney, managing director and chief executive at Renault India, told PTI.

He said that will continue with its strategy of building on brand by brand and will add one new model to its portfolio annually, thus explaining the lack of a new launch at the Expo as its 2018 model is already on the road in the Captur, which is a premium SUV.

At the ongoing Delhi Auto Expo, the company today unveiled the Trezor, which is an all-electric Grand Tourer concept car; the Zoe e-Sport concept that defined by its expressive design, with sportiness taken to the extreme and is the best-bestselling EV in Europe.

It also unveiled a racing car with a Formula 1 RS 17, which is the first car put together from scratch by the Renault Sport Formula One Team.

The two-seater electric coupe Trezor has been awarded the 'most beautiful concept car' at several global platforms, said Fabrice Cambolive, senior vice-president and chairman for India and Africa, Middle East.

On the country's EV push, Sawhney said, Renault is a leader in EVs in Europe and as and when the market is ready they will have enough models to serve them.

"But infrastructure is the key concern. While the industry is looking at the government for support and policy clarity, they are looking at us for infrastructure, which is not feasible for us. We also need clarity on incentives for going into EVs in terms of R&D sops, etc," he said.

On the market response to the Captur, he said the vehicle is not yet nationally available and that its petrol version is yet to reach the dealers.

Sawhney downplayed the dip in its volume, saying he will still maintain the overall target of 1 lakh units and that the reason for the dip in volume is primarily because the Kwid segment is degrowing.

"The Kwid segment, which is our volume topper, had degrown 2 per cent last year and is slipping this year as well. Yet we are selling around 8,000 units a month. So I will be able to meet my target of 1 lakh units a year."

On the MPV model Lodgy, he said, the company is nowhere near its target of 1,000 units a month, and is trending at under 500 now.