HMIL has decided to launch its first commercial all-electric vehicle a year before Maruti, supporting Indian government’s vision for future. 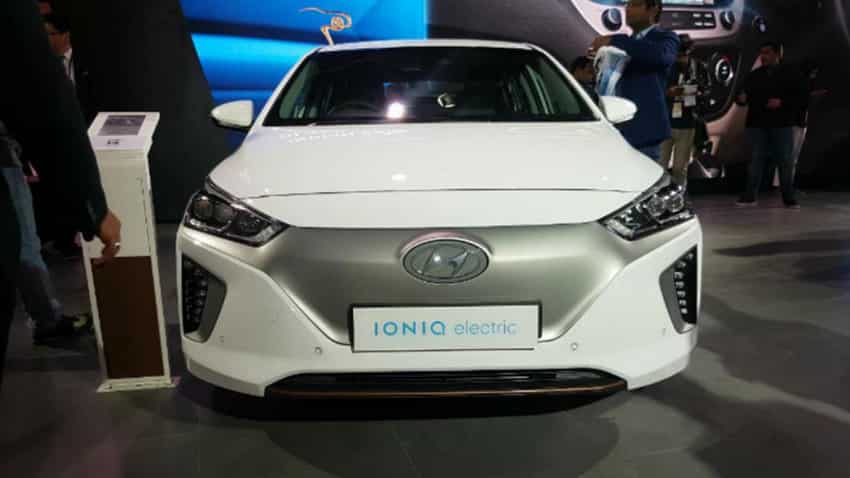 HMIL has decided to launch its first commercial all-electric vehicle a year before Maruti, supporting Indian government’s vision for future.

Puneet Anand, Marketing GM, Hyundai India, told WION, “We are very sure that when the government's framework is ready, we will be the first company to launch the mass-produced electric vehicles in India.”

Anand said, “At Hyundai, we are very very conscious about our responsibility towards the country. That's why we have unveiled our first mass-produced electric vehicle, the Ioniq, at the Auto Expo today.”

Furthermore, Anand claimed that Hyundai will be one year ahead of Maruti, adding “We have already announced that by 2019, Hyundai will be launching an electric vehicle in India.”

The company has already laid out its plan for investing over $1 billion (approximately Rs 6,300 crore) in India for the next three years for developing new products, building of powertrain and setting up new office building.

On Wednesday, HMIL launched a new version of its premium compact hatchback Elite i20 priced between Rs 5.34 lakh and Rs 9.15 lakh at ex-showroom New Delhi.

HMIL plans to launch its electric vehicle next year, and also made a hint that the company’s popular model Santra may make a comeback around Diwali this year.

Earlier, Maruti revealed that the company will display over 18 vehicle models in the upcoming Auto Expo 2018.

Maruti’s electric vehicle has been named as Concept e-SURVIVOR. It is design study model for a compact SUV that pays tribute to Suzuki’s proud 4WD heritage.

With the concept of e-SURVIVOR, the auto major seeks to take the excitement of driving to the next level and offer the fun of off roading ahead of its time, and yet be relevant to the present.

The e-SURVIVOR brings together many new technologies that depict the new and exciting F.A.C.E of Suzuki’s intent for Future Mobility. (Four-Wheel Drive, Autonomous, Connected & Electric).

“At Auto Expo 2018, it symbolizes Maruti Suzuki’s commitment to help develop the entire lifecycle of EVs in India including local manufacture of components, charging infrastructure and recycling of batteries,” Maruti said.