"Festive season brings cheers to the automotive industry that's why we are bringing this car. We are announcing bookings towards the end of September and deliveries will start sometime in the second half of October or early November," Dhillon said. 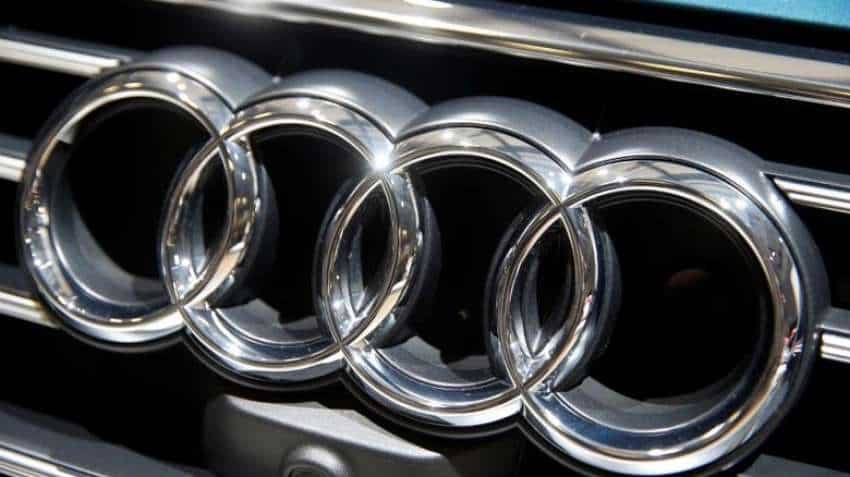 Audi's entry-level SUV Q2 is expected to hit Indian roads by the second half of October or early November as the company looks to cash in on festive season demand, Photo: Reuters
Written By: PTI
RELATED NEWS

German luxury carmaker Audi's entry-level SUV Q2 is expected to hit Indian roads by the second half of October or early November as the company looks to cash in on festive season demand by bringing in the volume model, according to a senior company official.

For this model, Audi India is utilising the government's provision of allowing a total of 2,500 cars to be imported and be sold here in India without the need for undergoing the process to meet local regulatory requirements as long as the model has certification from the EU or Japan. Thus, the model will come as a fully built unit (FBU) from Germany.

The company will be targeting younger first-time luxury segment customers apart from its existing ones who are looking for a replacement or additional cars for the family.

"While we were moving from BS-IV to BS-VI we had only a few models available. The volume model is joining the bandwagon with the Q2 now and there are others to follow as well. We have finally been able to get this product for India, which was launched worldwide quite sometime back," Audi India Head Balbir Singh Dhillon told PTI.

He said the company plans to bring this car during the festive period in order to cash in on the surge in demand during the period.

"Festive season brings cheers to the automotive industry that's why we are bringing this car. We are announcing bookings towards the end of September and deliveries will start sometime in the second half of October or early November," Dhillon said.

The Q2 SUV will come with a two-litre petrol engine with Audi's patented 'Quattro' technology, which is a four-wheel drive system that delivers optimal power to each wheel as needed for superior handling and grip.

"This product will not only increase our penetration with our existing customers, who would probably buy this as an additional car for their family, we will also cater to a newer segment of customers, younger generation... he said.

With SUVs being the flavour of the season in India, he said over the past few years there has been an increasing demand for SUVs although in the luxury segment it is still 50:50 between sedans and SUVs.

When asked if the Q2 would be assembled in India, Dhillon said, "At this point in time this car is a fully built unit (FBU) from Germany. We will also evaluate as we move forward, if we are able to produce this locally. But that comes later on."

He said Audi India has been working with the headquarter (HQ) to get this model to India, but it took some time, as the entry level segment in luxury is highly competitive.

"So to bring a model and be profitable for partners as well as for us is not easy. It is an extreme challenge. The way we will tread is we want our network to be also profitable and sustainable for a longer period. We were finally able to convince our HQ and we want to offer this model to our customers in India," he added.

Dhillon said, "At this point in time the understanding with the HQ is that we bring in this model as an FBU, this is an extension of 2,500 cars which the government of India allows to be imported."

Appreciating the government's provision to allow such imports, he said, "This is a great window that the government has given us to try and test new products."

While the Q2 will be a standalone product at the entry point of the luxury segment, Dhillon said, "Being an FBU, the car will not be as competitive as a locally produced car purely due to the taxation (import duty) part."

He, however, said importing from Germany gives the company a lot of flexibility to import and bring a lot of changes to the car and equipment level to offer more variants in India as we move on, as Audi India is currently offering only two variants per model that it sells here in the country.