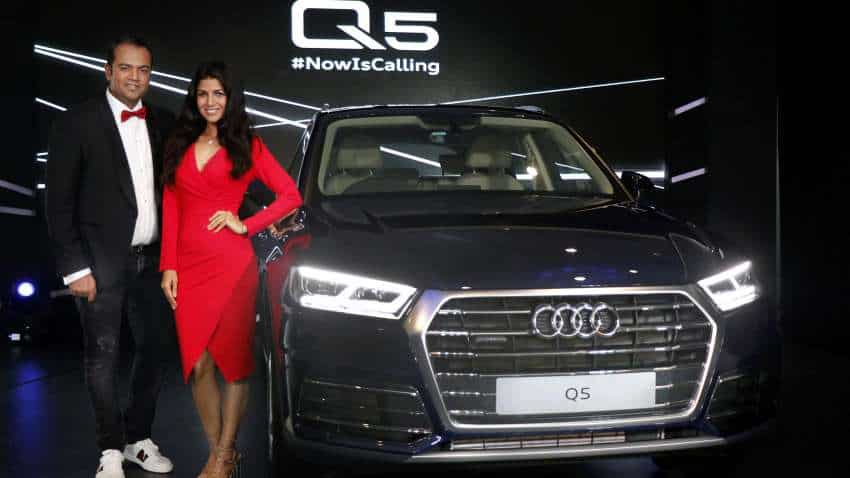 The Audi Q5 SUV is powered by a  turbocharged 2.0-litre TFSI engine that churns out a maximum of 248 bhp and develops a peak torque of 370 Nm. The engine is mated to a seamless 7-speed dual clutch transmission and is also assisted by Audi's signature Quattro all-wheel-drive system, reports NDTV.

From the exterior front, the only visible difference between the petrol and diesel variant of 2018 Audi Q5 is that the petrol variant comes with the '45 TFSI' badge at the rear instead of the '35 TDI' seen on the diesel variant.

The petrol variant of the Audi Q5 SUV comes with the same design that includes the company's signature single-frame grill with chrome treatment. It also comes with a pair of sharp-looking Matrix LED headlamps with integrated LED daytime running lamps. It runs on same five-spoke alloy wheels.

Audi Q5 interior comes with the same beige and black dual tone with wooden inlays for the dashboard and centre console. The centre stage on the dashboard comes with an updated Audi MMI system with an 8.3-inch display featuring navigation with incorporated Google Earth. According to the report, the system is not a touchscreen unit, but Audi has given rotary knob on the centre console which allows you to toggle between settings. The system is paired with Bang & Olufsen 3D sound system. Another highlight of the dashboard is the 12.3-inch virtual cockpit instrument cluster that shows a host of information including maps, music, contacts and real-time fuel consumption, distance to empty, average speed and more.