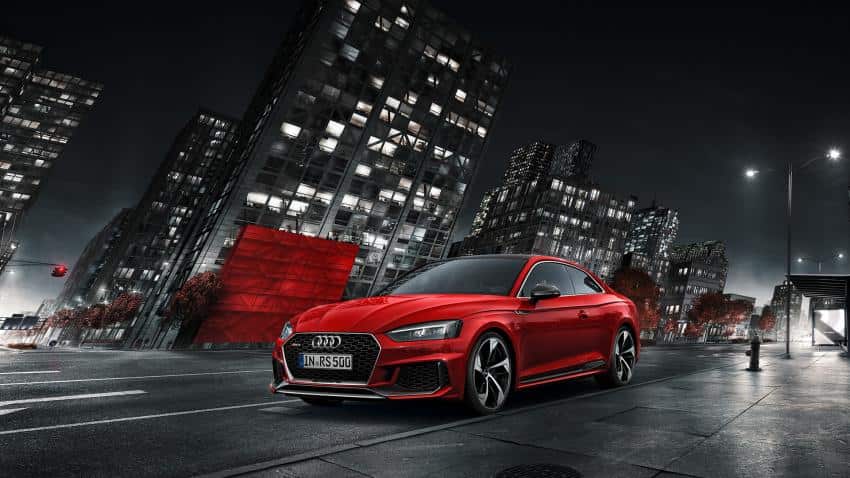 German luxury car maker Audi launched its second generation Audi RS 5 Coupe in India at a price of Rs 1.1 crore. The company is banking on the new model to play a key role in its image building and enhance the positioning as a young and sporty brand, according to Audi India Head Rahil Ansari.

This new model, powered by a 2.9 litre petrol engine, is capable of accelerating from 0 to 100 km in just 3.9 seconds, and it has a top speed of 250 km/h. "We are not looking at volumes for the RS 5 Coupe. Audi is perceived as a young sporty brand and this model will be a main contributor to that image building," said Ansari.

"This is a performance car built for the roads. The also has a lot of balance, very comfortable and great looking at the same time. And when you press the accelerator, it's totally a different ball game. I've not experienced anything like this yet," said Virat Kohli during the launch.

The all-new Audi RS5 Coupe has the performance of a sports car while providing the comfort of a sedan, thus appealing to enthusiasts who love driving, he added.

It bridges the gap for those customers who are practical and want to own a luxury car with the performance of a sports car, Ansari said.

The model will be imported as a completely built unit (CBU) from Germany like other sports cars that Audi sells in India. "At present, volumes don't justify assembling them here in India," he said.

When asked about plans for the year, Ansari said 2018 is the year of Audi Progression and in line with this, the company is renewing its sports car portfolio in India.

Audi India had reported 2 per cent increase in its total sales at 7,876 units in 2017 as against 7,720 units in the previous year. The completed ten years of operations in India in 2017.