Audi e-tron electric SUV may be priced around Rs 1.3 crore in India

Last year, Audi stated to have been contemplating to introduce an EV in the Indian market by 2020. The Audi e-tron electric SUV, which will be introduced into the European market in late 2018, will hit some markets by 2019. 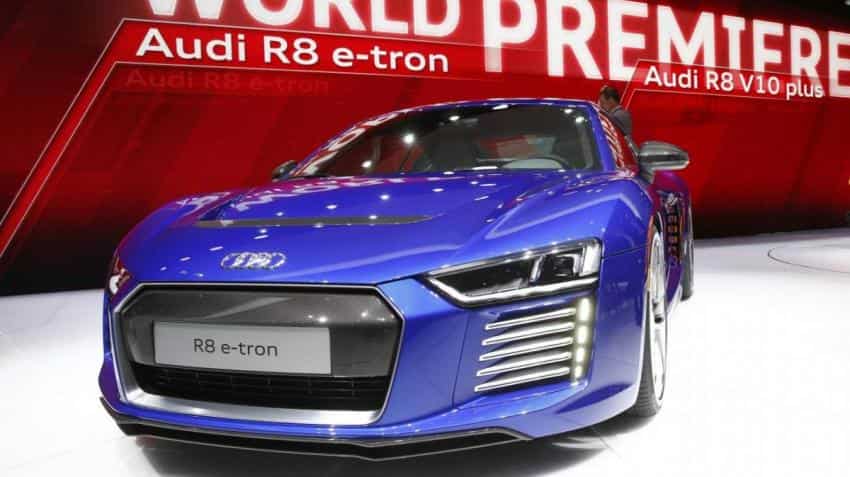 German automobile manufacturer Audi is all set to introduce a series production electric vehicles, based on e-tron electric SUV concept, in Brussels on August 30, 2018. Earlier at Geneva Motor Show in March 2018, the luxury auto firm revealed a near-production version of this electric SUV, which is set to become its first ever all-electric vehicle, said a Car Dekho report. The German firm has reportedly stated that the e-tron SUV will start from 80,000 euros ($98000), in Germany, which as per the current conversion rate would come at approximately Rs 64.08 lakh.

Last year, Audi reportedly stated to have been contemplating to introduce an EV in the Indian market by 2020. The Audi e-tron electric SUV, which will be introduced into the European market in late 2018, will hit some markets by 2019. Audi might introduce this vehicle in India as well. It may be noted that Audi has already registered 'e-tron' trademark in the county and it will most likely come as a CBU (completely built unit), therefore, its retail price in India would double what it is outside.

The Society of Indian Automobile Manufacturers (SIAM) suggests that an import duty of 100 per cent on all new cars would cost over $40,000, and this explains that a sticker price of around Rs 1.3 crore would be the price of the car as per today’s conversion rate.

The e-tron's production version is expected to offer similar performance figures and range of Jaguar i-Pace. The e-tron SUV, fully electric vehicle from Audi, is among the 20 electrified vehicles that the Ingolstadt-based automaker has planned to put on the roads by 2025.

Watch this Zee Business video on electric cars in India

Half of these 20 models are expected to be fully electric, including the Audi e-tron Sportback that may follow the e-tron in 2019.