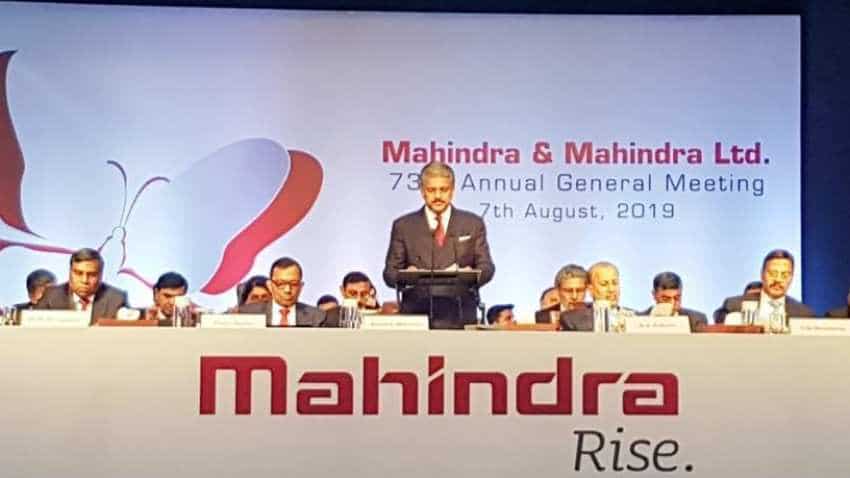 Mahindra and Mahindra group chairman Anand Mahindra on Wednesday suggested immediate measures that government can take to fix the ailing auto sector, which in turn will help boost the larger economy.  Speaking at the 73rd annual general meeting of M&M in Mumbai, Mahindra sought government intervention, including tax reductions to revive demand. He said that the most welcome measure would be some temporary relief on the GST front. This can be done either by modifying the slabs or by removing the cess. Other measures could be a roll back of increases in road tax and registration fee. Mahindra said these measures would boost consumption.

Anand Mahindra said that the auto industry needs to grow at a rate of at least 7 per cent in the remaining eight months of FY 20 to catch up with the FY19 GST collections.

Commenting on the outlook for the industry in the ongoing financial year the statement said: "The RBI has cut policy rates by 75bps thus far and is likely to remain accommodative. The lagged effect of interest rate cuts, liquidity infusion and targeted fiscal spending post budget, especially government actions on improving incomes for farmers, cash transfers and sops for affordable housing, could provide support to growth going forward. However, given the current challenging global and domestic growth environment, a concerted policy effort will be required to prop sentiment, put a floor under consumption and revive growth."