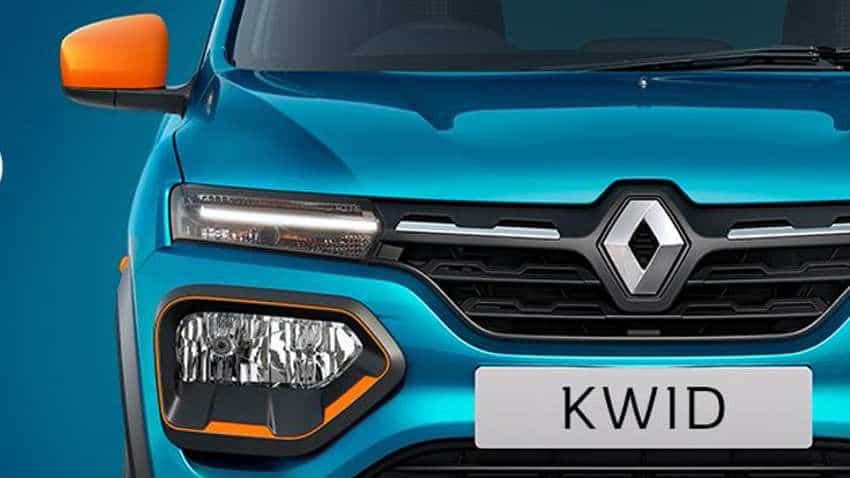 The launch event of all new Renault KWID is set to take place in a high-profile ceremony in Delhi on Wednesday.
Written By: Prashant Singh
Edited By: Harish Dugh
RELATED NEWS

French automotive giant Renault is all geared up to launch the facelift version of its popular hatchback KWID. The launch event of all new Renault KWID is set to take place in a high-profile ceremony in Delhi on Wednesday. Interestingly, Renault KWID is arriving just a day after Maruti Suzuki launched its mini SUV S-PRESSO - this new Maruti vehicle is set to be the top rival of KWID. Reportedly, Renault is launching its all new KWID with many eye-catching updates. The facelift version of Renault KWID is expected to be priced aggressively from anything between Rs 3 lakh to Rs 5 lakh.

More than 3 lakh KWID cars have already been sold in its previous version. Reportedly, tThe all-new KWID is expected to be available in both 0.8L and 1.0L SCe (Smart Control efficiency) powertrains with manual and automated transmission options. Moreover, the facelift version of KWID is expected to bolder, more stylish and loaded with many first-in-class features.

This is the second big launch from the house of Renault after the French automotive giant launched its MPV TRIBER.

Renault TRIBER starts from Rs 4.95 lakh (ex-showroom, all India). And, the top variant is priced at Rs 6.49 lakh. Renault TRIBER is available in four trims - RXE, RXL, RXT and RXZ.

One day to go before a new style icon hits the streets. Watch out for the New #RenaultKWID, coming soon. pic.twitter.com/9gtT3mi4wl

"Renault TRIBER has been specifically designed for the Indian market and will offer an unmatched value proposition to customers looking at a B-segment car. Renault TRIBER is a spacious, ultra-modular, fuel-efficient vehicle with attractive interiors which boasts of many modern and practical features in less than 4 meters," the French carmaker said in a statement.

“With Renault TRIBER, we will enter the largest and the fastest-growing segment of the Indian automobile market. With its attractive pricing, Renault TRIBER is the perfect fit for Indian customers, who place a high premium on value proposition, in a car purchase decision,” said Venkatram Mamillapalle, Country CEO & Managing Director, Renault India Operations.