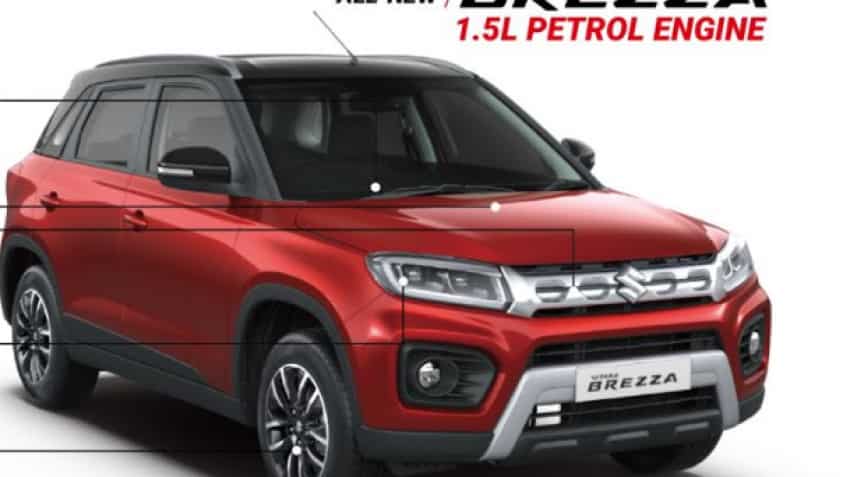 Company has sold over 500,000 units of Maruti Vitara Brezza in less than 4 years of its launch Source: Media Release
Written By: ZeeBiz WebTeam
Edited By: Harish Dugh
RELATED NEWS

"Our customers are evolving and so are their aspirations. Vitara Brezza has evolved to become a highly powerful brand over the past 4 years. Keeping up with its strong, urban and premium appeal, the all-new Vitara Brezza is bolder, sportier and more powerful," the release said quoting Managing Director and Chief Executive Officer Kenichi Ayukawa.

"We are confident that the all-new Vitara Brezza will take forward the rich legacy of its predecessor with overwhelming customer response,” Ayukawa said.

Launched in 2016, the Vitara Brezza emerged as the most awarded compact SUV, establishing Maruti Suzuki as a leader in the Utility Vehicle segment,  the release claimed. The company has sold over 500,000 units in less than 4 years of its launch, the release said.