Two mid-sized cars of Hyundai namely Santro and Elite i20 are expected to be launched next year, will be showcased in the Auto Expo 2018. 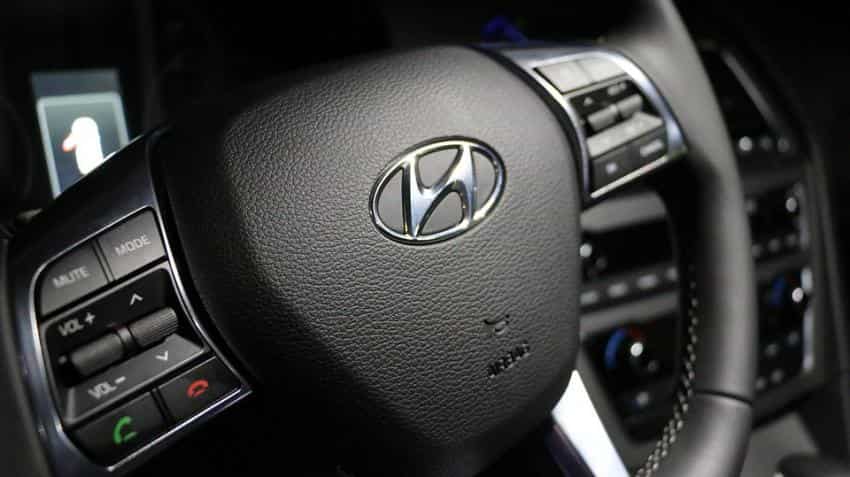 Hyundai ALCAZAR makes grand entrance in 6 and 7 seater SUV space: Over 11000 bookings in less than a month - Check TOP FEATURES

Hyundai seems to be prepping it's mid-cycle segment at full speed leaving no loopholes, as the company was spotted testing second-gen i20, aka, the Elite i20 on the roads of India.

"The 2018 Hyundai i20 facelift was recently spotted testing in India again and this time around the car was seen with less camouflage and a new set of alloy wheels," said an NDTV report.

Elite i20 facelift is expected to be launched in early 2018. It might be showcased at the Indian Auto Expo next year.

This second generation i20, which comes after nearly four years, was launched in India on August 11, 2014, and was also showcased in the 2014 Paris Motor Show.

According to reports, this car is expected to be priced in the range of Rs 5 lakh to Rs 9 lakh, and is believed to carry forward the current set of powertrains – the 1.2-litre petrol (5-speed manual), 1.4-litre petrol (4-speed automatic) and 1.4-litre diesel (6-speed manual).

As per Cardekho.com, the new version has redesigned front profile with Hyundai’s new Cascading grille. In the spy shots, it appears that the 2018 version will not feature the two-part grille pattern of the current model but will rather be similar to the latest 2017 Hyundai i30.

While interiors of the  2018 Elite i20 are expected to get new upholstery along with subtle change, the car is likely to carry forward the new 7.0-inch infotainment unit, which comes with Android Auto and Apple CarPlay.

The 2018 Elite i20 1.0-litre T-GDi will compete against the Baleno RS, Polo GT, Abarth Punto and the Ford Figo Sport.

Last week, Hyundai was also spotted testing the 2018 Hyundai Santro, whose older version was discontinued way back in 2014.

Just like Elite i20, Hyundai Santro is also expected to be showcased in Auto Expo 2018, and may hit Indian road by mid-2018.

Hyundai ALCAZAR makes grand entrance in 6 and 7 seater SUV space: Over 11000 bookings in less than a month - Check TOP FEATURES