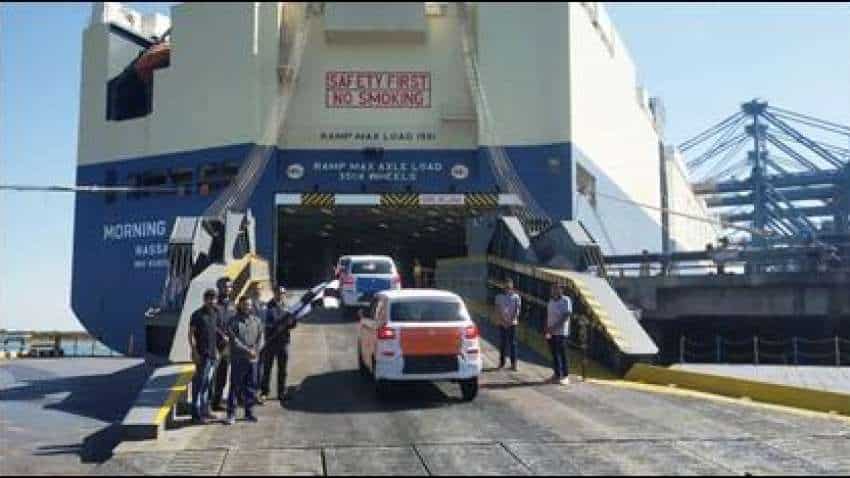 S-PRESSO was quick to feature amongst country’s top 10 bestselling cars within a month of its launch, company release claims
Written By: ZeeBiz WebTeam
Edited By: Harish Dugh
RELATED NEWS

India's largest passenger car manufacturer Maruti Suzuki India Limited today commenced exports of its mini SUV car S-PRESSO to overseas markets, the company said in a media release. S-PRESSO has been conceptualized and designed in India for the domestic and overseas markets, the company release said. The consignments have left for global markets including parts of Asia, Latin America and Africa regions, the release said.

“S-PRESSO is a true symbol of Make in India. The car stands testament to our commitment to offering best in design, technology, and safety to our customers both locally and globally," the release said quoting Kenichi Ayukawa, Managing Director (MD) and Chief Executive Officer (CEO) of Maruti Suzuki India.

"S-PRESSO is widely appreciated by customers in India and we are confident of its acceptance in international markets. With S-PRESSO we are looking to make in-roads in many new markets,” the release said quoting Ayukawa.

In India, S-PRESSO was quick to feature amongst the country’s top 10 bestselling cars within a month of its launch, the company release claims. The Company has sold over 35000 units of S-PRESSO since its launch in September 2019 in the domestic market, the release said.

The release further says that S-PRESSO has been built tom cater to the needs of a "dynamic, stylish and youthful customer."

The mini sports utility vehicle has spacious interiors with ample space, dashboard accents, bold front fascia, and single aperture headlamps, the release said. These are a few top-rated features that have struck the right chord with customers in India," the release said.

"Additionally, S-PRESSO is being appreciated by customers, for its commanding seating position, good road visibility, and the peppy pickup," the release said.