The American car maker in India has decided to launch the face-lift version of Ford Endeavour on February 22, 2019. The car will have the cosmetic changes and will come with new features based on latest technology. 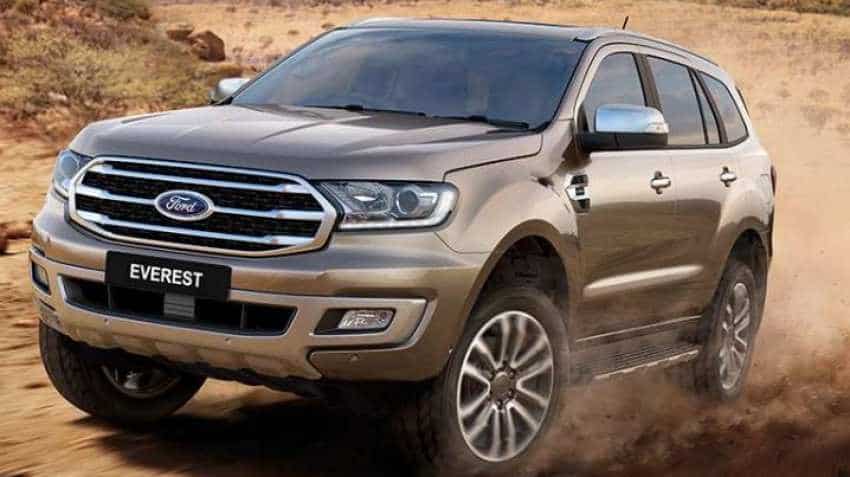 The all new Ford Endeavour is all set to be unveiled as the company has notified the date of official launch of the giant SUV. The American car maker in India has decided to launch the face-lift version of Ford Endeavour on February 22, 2019. The car will have the cosmetic changes and will come with new features based on latest technology. An all new 2.0 litre diesel engine is expected as well. Many Ford dealers have already started taking bookings of the SUV unofficially.

The face-lift version of Ford Endeavour will be rolled out with a new 2.0-litre engine, a four-cylinder diesel engine was added to the Thai-spec Ford Everest (Endeavour), which was launched last year (older engine was a 2.2-litre diesel engine). The new 2.0-litre engine will be available in two outputs worldwide, i.e - 180 bhp and 420 Nm torque and 213 bhp and 500 Nm torque. However, in India, only the former engine will be sold. Meanwhile the upper model with 3.2-litre engine will keep offering a 197 bhp and 470 Nm torque.

The company has not changed the exteriors of the car, while minor changes like a new front grille, revised headlamps and a newly designed bumper will be introduced in the face-lift. The alloy wheels, cabin, interiors, will likely to be kept same in the new version. The new Everest that was sold in Thailand, comes with all-black interiors, which could be taken on-board to the India-version of Endeavour too.

However, the price range is expected to be kept same but as of now there is no official announcement on prices of the Endeavour by Ford India. The current version is selling at Rs 26.83 lakh to Rs 33.31 lakh (ex-showroom Delhi).

The car will give tough competition to its rivals like Toyota Fortuner, Mahindra Alturas G4, Honda CRV and Mitsubishi Pajero Sport.