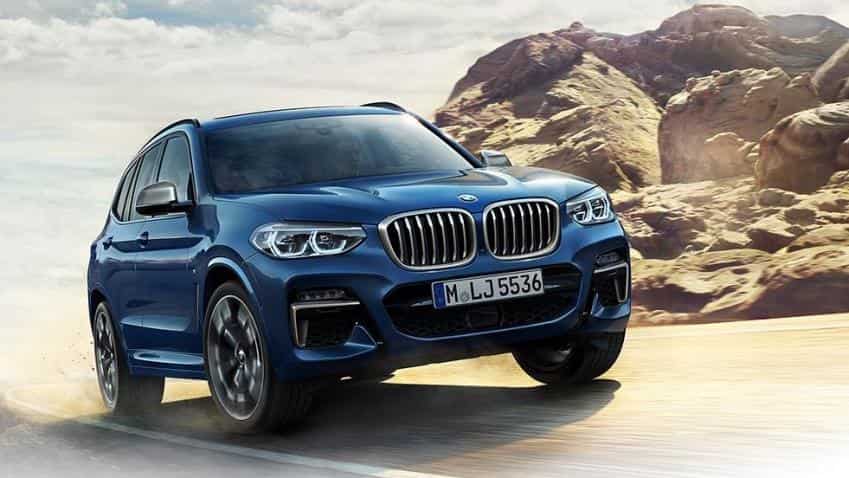 Third generation BMW X3 has been launched in India at a starting price of Rs 49.99 lakh, which is for the xDrive 20d Expedition and Rs 56.70 lakh for the xDrive 20d Luxury Line (all prices, ex-showroom). The German car-maker which celebrated its 20th anniversary recently has already started assembling and manufacturing new-gen X3 at its Chennai plant. This variant is one of the most popular SUVs in India.

From the very first glance, it impresses with its athletic appearance and fascinates with an exciting driving experience. Thanks to the intelligent all-wheel drive system BMW xDrive, it offers supreme ride comfort both on and off the road. It, therefore, redefines the benchmarks in its class and makes one thing unmistakably clear: there is a great difference in how you reach your destinations.

DESIGN
The all-new BMW X3 has an impressive athletic appearance. the SUV comes with larger kidney grille and separated headlamp clusters, which are full LEDs now.

The front bumper has larger air intakes and LED fog lamps. On the other hand, the car gets 18-inch alloys as standard along with optional 21-inch units on the top-spec model. There are wrap-around 3D LED tail lamps at the rear now.

Although the overall dimensions of the new-gen X3 remain the same but it loses 55 kg weight over the previous model. Apart from that the interior of the car also gets a facelift.  The sixth generation iDrive infotainment system gets a touchscreen and voice controls.

ENGINE
BMW new-gen X3 has a 2.0-litre diesel engine which makes 190 bhp and 400 Nm of peak torque. BMW has also confirmed that the petrol-powered version of the X3 will be launched later in 2018.