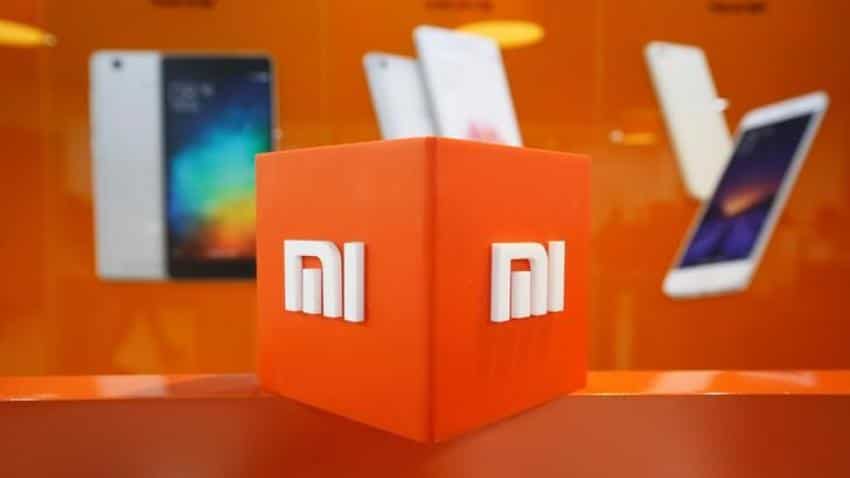 The logo of Xiaomi is seen inside the company''s office in Bengaluru. Image Source: Reuters
Written By: PTI
RELATED NEWS

"Xiaomi now leading with shipments close to 8.2 million units (27 per cent market share) in Q4 2017. Despite annual growth of 17 per cent, Samsung failed to maintain its lead, shipping just over 7.3 million smartphones (25 per cent share) to take second place," Canalys said in its report.

The smartphone market in India grew by a modest six per cent overall, following the seasonal dip as vendors and channel partners take stock after a busy third quarter, it added.

Vivo, Oppo and Lenovo rounded out the top five.

The total smartphone shipments in the said quarter was under 30 million units.

"Multiple factors have contributed to Xiaomi's growth, but the key reason for its current success lies in the autonomy that it granted to its Indian unit, letting it run the business locally," Canalys Research Analyst Ishan Dutt said.

Localisation in channel strategy, marketing and products has been evident in Xiaomi's Indian operations, he added.

Canalys attributed Samsung's tumble to the second spot to its "inability to transform its low-cost product portfolio".

It added that Samsung has been unable to win over cost- conscious consumers.

Reacting to the report, a Samsung India spokesperson said in a statement that the company is "India's number 1 smartphone company by a distance".

It cited data from research firm GfK that tracks sales to end consumers to say Samsung had a 45 per cent value market share and 40 per cent volume market share in November last year.

"Samsung is a full range player and leads the smartphone business across every segment of the India market in 2017," the spokesperson said.

Canalys expects the power struggle between Xiaomi and Samsung to continue well into 2018, as Samsung revamps its low-cost portfolio and fights to take back the aspirational status it once held in minds of Indian consumers.