Whether new dawn or another false one, euro zone economy is full of surprises 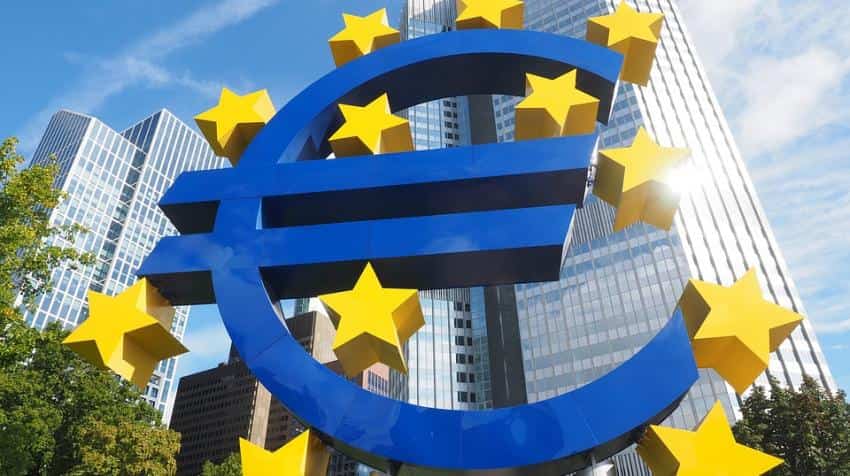 The surprise economic star of 2017, when it wraps up next month, will have been the euro zone: growth looks set to come in at 2.2% compared with a forecast this time last year of just 1.4%.

Combine this with four years of falling unemployment and inflation well out of the deflation-worry zone, and policymakers and politicians have something to crow about.

But is something substantial going on, or this another false dawn for an economy that has managed less than 1.6% average annual growth in its 18-year history?

A sceptic might say it is all just cyclical, soon to reverse. Or that it is simply the result of 2.2 trillion euros in already-being-rolled-back European Central Bank stimulus forcing a famously sclerotic economy to budge.

Both have certainly played a role -- but although there are risks that does not mean the growth impetus is not different from previous upswings or that it will end quickly.

The cyclical argument, for example, stems from the euro zone`s proclivity to lag the U.S. economy, tending to start a take-off just as the latter is stalling. Indeed, the current euro zone cycle is four years behind the U.S. one.

With some signs the long U.S. economic recovery might be peaking -- recent surveys have been flat to lower, and bonds are giving warning signals -- the sceptic could claim that in typical fashion the euro zone has started just as the Top Gun has finished.

But there are differences from, say, 2006 when after four years of lagging growth the euro zone surpassed the United States only to tumble as the financial crisis hurt both countries.

It is not that austerity measures introduced after the financial collapse have been dumped wholesale, rather that some governments are more willing to add spending to the mix -- especially after many voters deserted mainstream parties.

Germany, for example, has increased public spending on roads and bridges, faster internet and social housing -- turning state spending into one of the most important growth drivers in the euro zone`s economic powerhouse over the past two years. MOMENTUM

Some structural reforms have been undertaken after years of being called for in vain by central bankers, the International Monetary Fund and others.

"What keeps things going are employment gains," he said.

The argument here for a continuation of growth is that there is plenty of spare capacity in the work force.

Although well off its mid-2013 high of 12.1%, the euro zone`s unemployment rate is still 8.9% -- enough, Hense reckons, for two more years before there is any labour shortage.

Attempts are also being made to keep such reform coming. In France, President Emmanuel Macron has already signed decrees to cap payouts on unfair dismissals, while also giving companies greater freedom to hire and fire.

The balance for euro zone reformers will be how to achieve their plans against a wave of anti-establishment sentiment among voters angry at being left out of the post-financial crisis recovery.

The euro zone`s new growth climate has also been fostered by the ECB`s stimulus, but its withdrawal may not be as damaging as it was in 2011-2012.

Sarah Hewin, chief economist for Europe at Standard Bank, says the ECB pulled stimulus too early then and that its balance sheet -- the assets it holds -- was shrinking in 2012-2014, when the euro zone slipped into its second recession.

But that was also the height of the euro zone debt crisis, much of which has been patched up.

The ECB`s recent decision to halve what it buys has caused little angst because it is moving slowly. Stimulus will continue -- balanced against growth -- and low interest rates are pretty much a euro zone fixture.ROSY

So is everything rosy? No. Risks remain, including broad ones like a China-led global slowdown.

The latest worry is the prospect of political disruption in Germany given Chancellor Angela Merkel`s failure to build a coalition government.

Add to that possible electoral upheaval in Italy next year and you have the same kind of political uncertainty as at the beginning of 2017, when there were concern about anti-euro zone candidates winning in the Netherlands, France and Germany.

But for now, economists appear to see this as just noise, banking on the foundations of euro zone growth to call for just a gentle slowing next year after this year`s surprise.

"It would require a major policy upset somewhere around the world (to end this)," Berenberg`s Hense said.