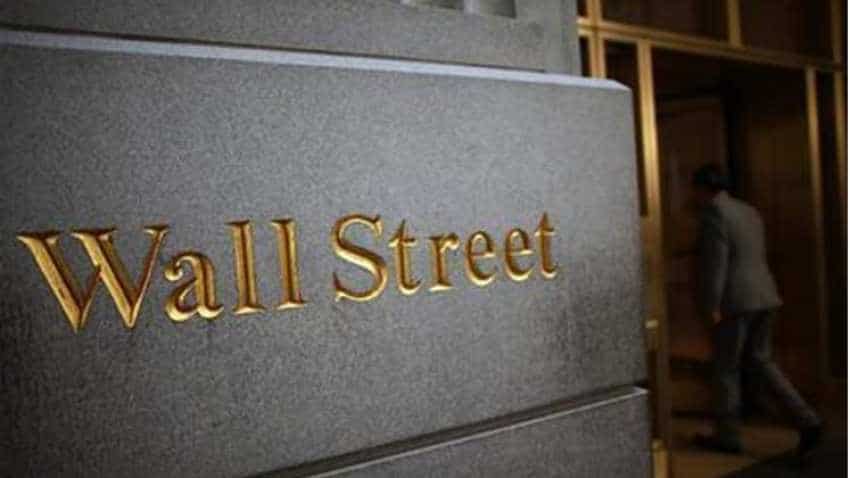 Wall Street`s three major indexes fell slightly after a choppy session on Tuesday as investors eyed mixed U.S. economic data and corporate news and waited for clarity on issues such as the U.S.-China trade talks. Weaker-than-expected housing data contrasted with a rosy consumer confidence report, while Home Depot Inc was among the biggest drags on the benchmark S&P 500 index after the home improvement retailer blamed bad weather for missed Wall Street forecasts.

Federal Reserve Chairman Jerome Powell told a U.S. Senate Banking Committee that the central bank would remain "patient" in deciding on further interest rate hikes and that rising risks and recent soft data should not prevent solid growth for the economy this year.

The indexes have already been bolstered in recent weeks by trade optimism and dovish signals from the Fed, with the S&P 500`s session high just 4.7 percent away from its record closing high in September.

He cited issues such as a need for specifics on U.S.-China trade relations after President Donald Trump said on Sunday he would delay an increase in U.S. tariffs on Chinese goods after "productive" trade talks.

"You`ve higher uncertainty today relative to yesterday," said Samana. "The economic data was mixed. We`ve had a market rally going on for about two months. All those things together suggest this would be a good time to take some profits. It`s not wholesale selling but profit taking around the edges."

Seven of the 11 major S&P sectors ended lower with industrials providing the biggest drag with a 0.3 percent drop. The benchmark`s biggest boost was the technology index, which closed up 0.2 percent.

The healthcare index declined 0.3 percent after a U.S. congressional hearing on the prices of medicines wrapped up in Washington. Declines in shares of health insurers Cigna Corp and UnitedHealth Group, both of which operate major pharmacy benefit managers, were big drags on the sector.

The S&P`s biggest losing stock was JPMorgan Chase & Co, which closed down 0.8 percent after it warned of rising costs for deposits, a key part of its business, and slowing global economic growth.

Caterpillar Inc fell 2.4 percent and also depressed the benchmark after brokerage UBS downgraded the stock to "sell" from a "buy" rating.

U.S. homebuilding tumbled to a more than two-year low in December as construction of both single and multifamily housing declined, the latest sign that the economy had lost momentum in the fourth quarter.

But the Conference Board`s consumer confidence index rose more than expected in February.

Declining issues outnumbered advancing ones on the NYSE by a 1.29-to-1 ratio. On Nasdaq, a 1.56-to-1 ratio favoured decliners.

Volume on U.S. exchanges was 7.05 billion shares, compared to the 7.3 billion average for the last 20 trading days.