US supports India stand on OBOR, hits out at China's financing 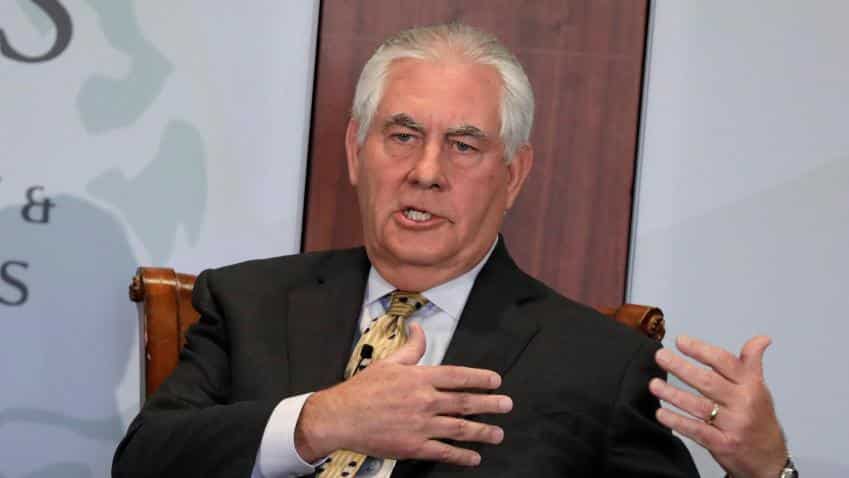 Ahead of his maiden visit to India, US Secretary of State Rex Tillerson today supported New Delhi's stand on One Belt One Road initiative, saying China's financing of infrastructure projects results in enormous level of debt and underscored the need for an alternative financing model.

Tillerson, in a major India-policy speech, highlighted the need for collaborating with India on offering alternative model of financing infrastructure projects and economic development to that of China whom he described as "predatory economics".

He lashed out at the Chinese model of funding infrastructure projects and developmental activities, saying it does not create jobs and results in enormous level of debt.

"We will not be able to compete with the kind of terms that China offers. But, the countries would have to decide what they are willing to pay to secure their sovereignty and the future control of their economies," Tillerson said, after the speech at the Center for Strategic and International Studies (CSIS), a top American think-tank.

Tillerson said everyone was aware of the huge needs in terms of emerging economies and fledgling democracies of infrastructure investment.

It is important that those emerging democracies and economies have alternative means they need of both in the infrastructure and the wellbeing of the economies, he said.

"We have watched activities and actions in the region, in particular China and the financing mechanism that it brings to many of these countries (that) result in sadly with enormous level of debt," he said.

Tillerson is scheduled to visit India next week.

Reports coming out of neighbouring Pakistan suggests that China has been bringing its own workers and not hiring locally to execute several infrastructure projects that China is funding under the more than USD 50 billion China Pakistan Economic Corridor (CPEC).

India is opposed to the project as it passes through Pak-occupied Kashmir. India was the only country which had decided against attending the Belt Road Summit in Beijing early this year.

Tillerson said too often foreign workers were brought in to execute infrastructure projects.

These infrastructure projects are financed in a way that "makes it very difficult for them to obtain future financing and often has very shuttle triggers in the financing that results in financing default and conversion of debt into equity", he said.

"So this is not the (type of financing) structure that supports the future growth of these countries. We think it is important that we begin to develop some means of countering that with alternative financing measures, financing structures," he said.

"We are starting a quite conversation in a multilateral way, how we create alternative financing mechanism," he said.

Tillerson said there was a need to tell these countries that need infrastructure financing that they really have to think about their long-term future of their country and their economies to develop.

While it is on a direct competitive basis, Tillerson acknowledged that it was hard to compete with someone who is offering financial terms which is a few points on the lending side.