The Republican-controlled House voted 216-212 to pass a budget blueprint for the 2018 fiscal year. The measure will enable the tax legislation. 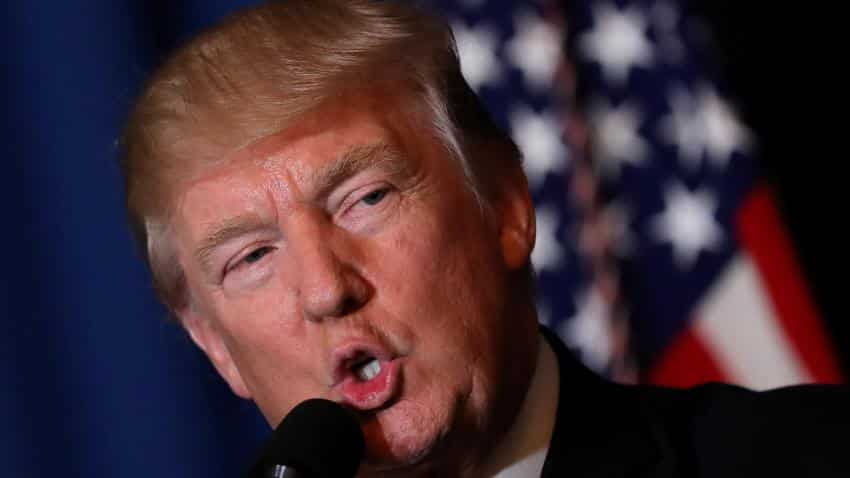 US President Donald Trump speaking at a conference held in Marelago. Photo: Reuters

The US House of Representatives helped pave the way on Thursday for deep tax cuts sought by President Donald Trump and Republican leaders, but barely overcame a revolt within party ranks that could foreshadow trouble ahead.

The Republican-controlled House voted 216-212 to pass a budget blueprint for the 2018 fiscal year. The measure will enable the tax legislation, due to be introduced next week, to win congressional approval without any Democratic votes.

But House Republican leaders came within two votes of failure. Democrats were unified in their opposition, and 20 Republicans voted against the bill, many expressing disapproval of a provision that would repeal an income tax deduction for state and local taxes.

Discord is also looming over a potential provision to scale back a popular tax-deferred US retirement savings program known as a 401(k). Both those provisions are aimed at offsetting revenue losses that would result from the planned sweeping tax cuts, particularly for companies.

Democrats have called the tax plan a giveaway to the rich and corporations that would swell the federal deficit.

Republicans are traditionally opposed to letting the deficit grow. But in a stark reversal of that stance, the party`s budget resolution, previously passed by the Senate, called for adding up to $1.5 trillion to federal deficits over the next decade to pay for the tax cuts.

Several conservative Republicans voted against it because of deficit concerns. One of them, Representative Justin Amash, wrote on Twitter, "What happened to fiscal conservatism?"

Trump, who promised major tax cuts as a candidate last year, has asked Congress to pass the tax legislation by the end of the year. Even though his fellow Republicans control both the House and Senate, the president has been unable to secure passage of major legislation, having failed to repeal the Obamacare law.

Republicans are also looking for a signature achievement as the 2018 congressional election year approaches.

Republican House Speaker Paul Ryan, who has said he wants the House to pass the tax overhaul by the November 23 Thanksgiving holiday, said passage of the budget resolution was an "enormous step" toward that goal.

But he declined to take a position on the possibility of capping annual tax-free contributions into 401(k) plans, which for four decades have helped millions of Americans save for retirement by offering tax savings.

Trump and Kevin Brady, the Republican chairman of the tax-writing House Ways and Means committee, reopened the door to the possibility of such caps on Wednesday as Republicans scramble to find sources of revenue to cover the tax cuts.

Brady on Thursday said he was working toward an agreement on the 401(k) issue with Trump and Republicans who want to keep the tax break in place.

"They made it clear. They need this problem solved before they vote 'yes' on tax reform," Brady added.

Brady said he planned to introduce the tax bill next Wednesday and to begin committee deliberations on it the following week, on November 6.REVOLT FROM HIGH-TAX STATES

Republican Representative John Katko of New York, leaving a meeting with Brady, said supporters of the deduction "stood firm, saying `no` as a group today to let them know we`re not kidding."

But one Republican senator warned that his party will have to stick to its commitment to eliminate tax breaks.

"If groups see that you`re willing to deal something away if they raise enough Cain, the whole thing`s going to fall apart. We`ve gotta hang tough," Senator Bob Corker of Tennessee said on CNBC.

The budget plan will enable the 100-seat Senate to pass tax legislation with a simple majority rather than a 60-vote super-majority, hard to reach given Democrats` opposition. Republicans hold a slim 52-48 margin in the Senate.

The White House and congressional Republicans excluded Democrats as they developed the plan.

"Right here before our eyes, in this House, the Republicans are replacing the great American ladders of opportunity with the silver spoon of plutocracy and aristocracy," top House Democrat Nancy Pelosi said during the debate on the budget measure.

Independent analysts forecast last month that corporations and the wealthiest Americans would benefit the most and many upper middle-income people would face higher taxes under the tax outline unveiled by the Republicans.

The proposal would cut taxes for companies and individuals by up to $6 trillion over the next decade, the analysts said.