It was the second time the U.S. Federal Aviation Administration has halted flights of a Boeing plane in six years. 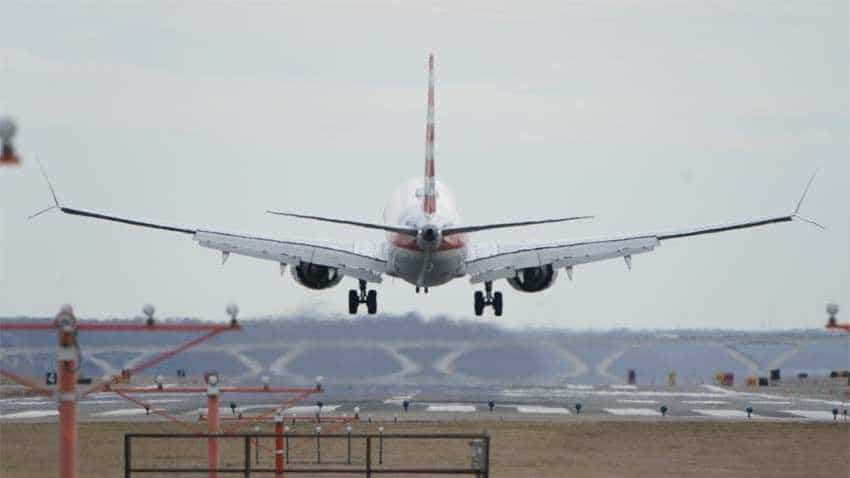 Boeing said in a statement that it supported the move to temporarily ground 737 MAX operations. Reuters
Written By: Reuters
RELATED NEWS

President Donald Trump on Wednesday said the United States would ground Boeing Co's 737 MAX jets, following Europe and other nations that have already stopped the planes flying due to safety concerns after an Ethiopian Airlines crash on Sunday, the second such disaster in less than five months.

It was the second time the U.S. Federal Aviation Administration has halted flights of a Boeing plane in six years. It had grounded the 787 Dreamliner due to problems with smoking batteries in 2013.

Shares of the world`s biggest plane maker, which were up earlier in the session, fell 2 percent to $370.48. The shares have fallen about 13 percent since Sunday`s crash, losing about $32 billion of market value.

Shares of Southwest Airlines Co, which has the largest fleet of 737 MAX aircraft, fell 0.4 percent.

"We`re going to be issuing an emergency order of prohibition to ground all flights of the 737 MAX 8 and the 737 MAX 9 and planes associated with that line," Trump told reporters at the White House.

"The FAA is prepared to make an announcement very shortly regarding the new information and physical evidence that we have received from the site, and from other locations and through a couple of other complaints," he said.

Boeing said in a statement that it supported the move to temporarily ground 737 MAX operations.

Meanwhile, Germany`s federal agency responsible for investigating air accidents will not analyse the black box from the Ethiopian Airlines plane that crashed, casting uncertainty over the process of finding out what may have caused the disaster.

"This is a new type of aircraft with a new black box, with new software. We can`t do it," said Germout Freitag, a spokesman for Germany`s Federal Bureau of Aircraft Accident Investigation (BFU).

The move leaves unclear the destination of the black box, which may yield vital details of what caused the plane to plunge to the ground, killing 157 people.

Countries around the world had already grounded the 737 MAX jets or banned them from flying over their airspace since the Ethiopian Airlines flight crashed soon after taking off from Addis Ababa.

The still-unexplained crash followed another involving a Boeing 737 MAX in Indonesia five months ago that killed 189 people. Although there is no proof of any link, the twin disasters have spooked passengers.

Canadian Transport Minister Marc Garneau told a news conference that Ottawa would stop 737 MAX 8 and 9 jets from leaving, arriving or flying over Canada.

He said satellite data suggested similarities between the flight profiles of the Ethiopian jet and that of a Lion Air plane of the same type that crashed in Indonesia last year. Both planes crashed shortly after takeoff.

Boeing has said it has full confidence in the 737 MAX - a model that has 371 jets in operation around the world.

Ethiopian Airlines spokesman Asrat Begashaw said it was still unclear what happened on Sunday, but its pilot had reported control issues - as opposed to external factors such as birds.