U.S. backs 300 percent in duties on Bombardier after Boeing complaint 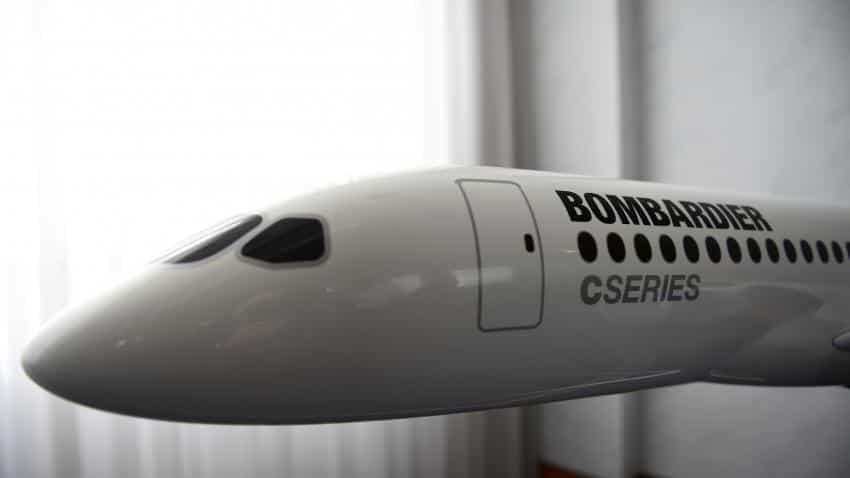 A model of Bombardier C Series aeroplane is seen in the Bombardier offices in Belfast. Image Source: Reuters
Written By: Reuters
RELATED NEWS

The U.S. Commerce Department on Friday moved to impose trade duties of nearly 300 percent on sales of Bombardier Inc

The Commerce Department proposed a 79.82 percent antidumping duty after a preliminary finding that the jets were sold below cost to Delta Air Lines Inc

The new proposed penalty, which would not take effect unless affirmed by the U.S. International Trade Commission early next year, is nevertheless expected to heighten trade tensions between the United States, Canada and Britain, where wings for the Bombardier jetliner are made.

The total duty was well above the 80 percent Boeing sought in its complaint.

After the first duty was announced on Sept. 26, Canada and Britain threatened to avoid buying Boeing military equipment, saying duties on the CSeries would reduce U.S. sales and put thousands of Bombardier jobs in their countries at risk.

The duty would apply to the cost of CSeries planes imported to the United States, effectively keeping it out of the market.

"These duties are the consequence of a conscious decision by Bombardier to violate trade law and dump their CSeries aircraft to secure a sale," Chicago-based Boeing said in a statement.

Canada`s government said it was in "complete disagreement" with the decision and would keep raising concerns with the United States and Boeing.

Bombardier did not immediately respond to requests for comment.

Echoing remarks from its statement last week, Delta noted the decision was preliminary and said it was confident regulators "will conclude that no U.S. manufacturer is at risk" from Bombardier`s plane.

Boeing has said the dispute is about "maintaining a level playing field and ensuring that aerospace companies abide by trade agreements" and is not an attack on Canada or Britain.

"We will ... do everything in our power to stand up for American companies and their workers," Ross said in a statement.

More than half of the purchased content of each CSeries aircraft comes from U.S. suppliers, Bombardier has said. The plane supports an estimated 22,700 jobs and Bombardier`s aerospace division spent $2.14 billion in the United States last year, according to the company and documents seen by Reuters.