On June 1, the UIDAI had said that stipulated bank branches with Aadhaar facility will have to ensure at least eight enrolments or updations in each branch daily from July 1, 2018, 12 per day per branch from October 1. 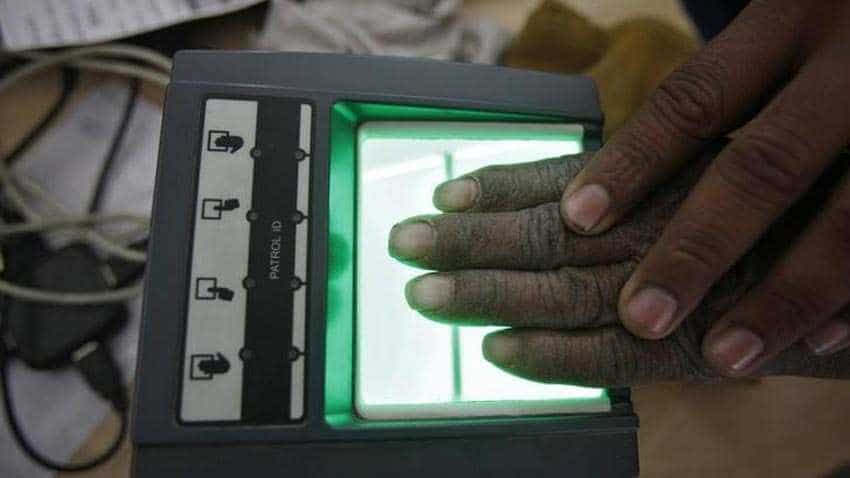 Banks not complying with minimum targets will be required to pay for UIDAI's authentication and eKYC services, it has now warned.
Written By: PTI
RELATED NEWS

NEW DELHI: In a breather to banks, the UIDAI has extended till November 1 the deadline for banks to do minimum Aadhaar enrolments and updations in identified branches, according to a communication sent to banks.

The Unique Identification Authority of India (UIDAI) has asked banks to ensure that at least eight enrolments or updations are carried out daily in each stipulated branch from November 1, 2018, to avoid financial disincentives to be applicable from July 2018.

On June 1, the UIDAI had said that stipulated bank branches with Aadhaar facility will have to ensure at least eight enrolments or updations in each branch daily from July 1, 2018, 12 per day per branch from October 1, and to 16 from January 1, 2019 onwards.

The authority had outlined that non-compliance would attract financial disincentives.

Under the new deadline, the banks will have to ensure that minimum enrolment or updation be raised to 12 from January 1, 2019 and 16 from April 1, 2019, according to the UIDAI directive seen by PTI.

The Aadhaar-issuing body has promised that the banks meeting the fresh targets by the revised deadline of November, will not face "financial disincentives" between July and October.

"Banks who achieve the target of minimum 8 Aadhaar enrolment/updations per day per branch in the month of November 2018 will be exempted from financial disincentives up to October 2018," the UIDAI said.

In case bank "fails to meet the above target of carrying out minimum enrolment/updation per day per branch, financial disincentive in respect of uncovered branches as on last day of the month will be levied from the month of July 2018 onwards," it said.

Sources said that deadline and targets had been relaxed after certain banks flagged difficulties faced by them in achieving the targets in view of natural calamities in Kerala and some other states, as well as technical problems in rolling out the enrolment facility.

The banks have been mandated to set up Aadhaar enrolment and updation facilities within their premises in one out of every 10 branches.

The Bank Aadhaar Kendras are aimed at making the Aadhaar verification process of bank accounts convenient for the people, and also to have more Aadhaar centres across the country.

"To further incentivise banks for setting up Aadhaar enrolment centres in their identified branches and provide convenience to their customers, it has been decided that the banks which meet the minimum Aadhaar enrolment/update targets shall continue to avail UIDAI's authentication and eKYC service free of cost," UIDAI said.

Banks not complying with minimum targets will be required to pay for UIDAI's authentication and eKYC services, it has now warned.

A source said that authority had taken certain corrective measures including `disincentives' against a few non-compliant banks which were refusing to follow the UIDAI directive, but added that with easing of deadlines they too will have more time to comply with norms now.

The official said that the UIDAI wanted to ensure that people can avail the enrolment and updation facility with ease and do not face difficulty when they approach banks.

Banks currently get benefitted by the free use of Aadhaar eKYC facility and Aadhaar infrastructure, leading to estimated cost savings of about Rs 200 per KYC, and also cut down on expenses related to collection of physical KYC documents, their verification and warehousing.

The UIDAI has asked banks to take a series of steps to publicise the Aadhaar enrolment facility being provided at their branches. These include issuing advertisements, customer outreach through text messages, and email as well as website listing of all such centres along with total enrolment and updation done monthly in those branches.