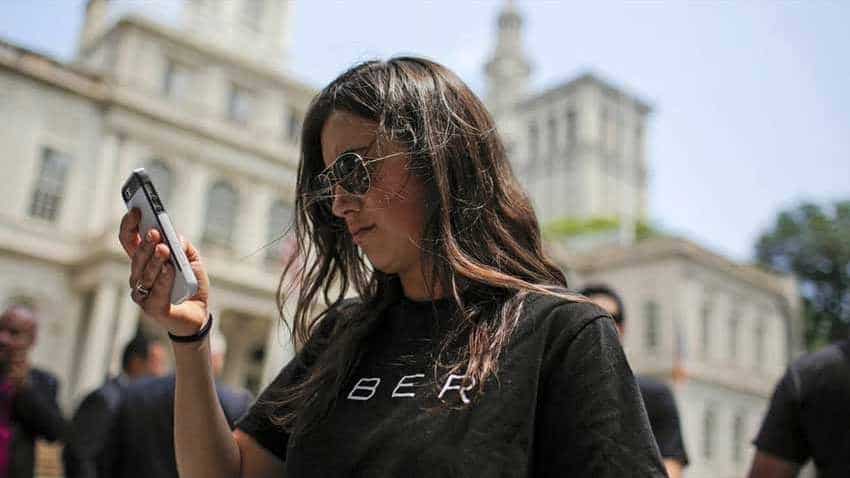 Uber said in a separate statement on Wednesday that the Mexico City regulation contradicts the Supreme Court`s decision, which it has argued should be used as a precedent nationwide. Reuters
Written By: Reuters
RELATED NEWS

India in stalemate on borrowing to help out pandemic-hit states

Uber, Didi Chuxing and other ride-hailing firms on Thursday criticized a host of new regulations of the sector in Mexico`s capital city, which include a ban on cash fares that could exclude many potential customers who lack bank accounts.

Mexico City`s government on Wednesday issued rules that prohibit cash payments for ride-hailing services, require drivers to register with the city, and ban the use of cheaper cars, among other measures.

The regulations mark a setback for San Francisco-based Uber in one of its largest markets ahead of a planned initial public offering. The company has fought hard for the right to accept cash fares in Mexico, arguing that it is a critical tool to reach the millions of Mexicans who do not use credit or debit cards.

In a joint statement, Uber, China`s Didi, Spain`s Cabify and Greece`s Beat said Mexico City`s government agreed in February to work with the sector as it updated regulation. But the new rules were issued "unilaterally and without prior dialogue," the firms said.

"We are concerned that, as it stands, this reform creates a series of barriers to entry," the companies said in a joint statement, which was also signed by Estonia`s Bolt and Mexico`s Laudrive. They said drivers could see a hit to their earnings.

Mexico City`s transport ministry did not immediately respond to a request for comment. Minister Andres Lajous told a news conference that the rules were aimed at rooting out corruption and levelling the playing field for ride-hailing firms and taxi drivers.

The regulations also prohibit pre-paid cards, which are frequently used by tech companies in Mexico to reach customers who do not have credit or debit cards.

Uber began accepting cash in Mexico City last year after Mexico`s Supreme Court struck down a ban on cash fares in the western state of Colima.

Uber said in a separate statement on Wednesday that the Mexico City regulation contradicts the Supreme Court`s decision, which it has argued should be used as a precedent nationwide.

Didi said in a statement on Thursday that banning cash payments would affect the unbanked population and potentially worsen mobility throughout Mexico City.

India in stalemate on borrowing to help out pandemic-hit states