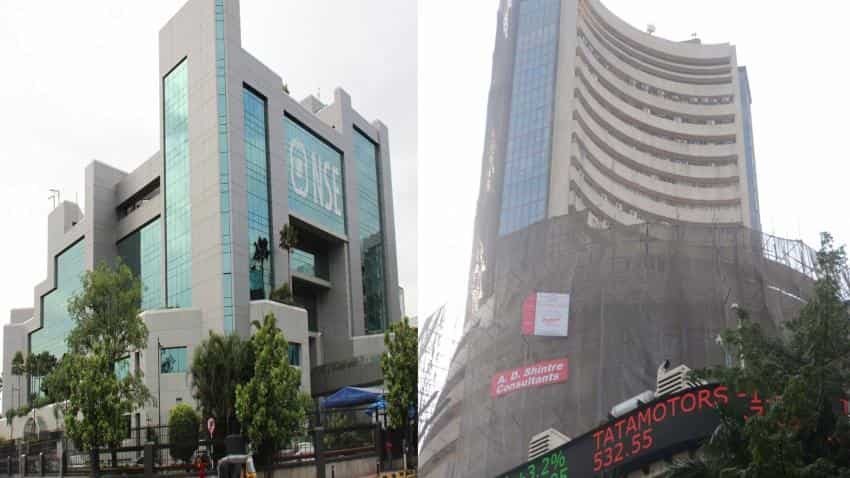 Key Indices started the week on a strong note and remained bullish to touched fresh highs for most of the days during the week. Image Source: IANS

Stocks: Equities marked a chain of record smashing sessions during the week trade, with benchmark Sensex crossing the 33-k mark on a closing basis, while the broader Nifty breaching above the psychological 10,300-level.

Key Indices started the week on a strong note and remained bullish to touched fresh highs for most of the days during the week.

The government announced the bank recapitalisation on Tuesday, plan to overcome their bad loans problem, a booster dose to the economy through public sector banks (PSBs) in a front loaded manner, with a view to support credit growth and job creation.

As various measures taken by the government spur economy including capitalisation of public sector banks and massive road building program boosted sentiment, with volatile session on the back of firmness in European cues, Sensex touched a first ever record all-time high at 33,286.51.

The second-line shares of S&P BSE Midcap and S&P BSE Smallcap spurted by 1.88 pct and 1.30 pct, respectively. Both the indices underperformed the Sensex.

Nifty PSU bank, Media and Metal stock were the top most gainers for the week, while Pvt Bank and IT were lossers.