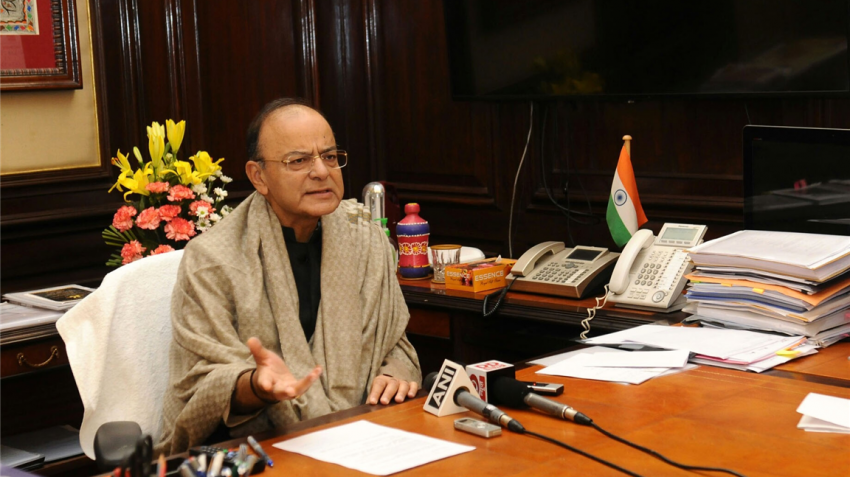 The Lok Sabha today gave its approval for Rs 80,000 crore recapitalisation bonds for strengthening public sector banks (PSBs), with Finance Minister Arun Jaitley promising that the fund infusion would be accompanied by a series of reforms.

Replying to the debate on third supplementary demands for grants for 2017-18, he said, it is not an ideal option but as the owner of the PSBs, the Centre has the responsibility to bail them out.

The minister further said that the Department of Financial services has prepared a detailed plan with regard to capital infusion and the quantum that each bank will get out of Rs 80,000 crore during this fiscal for improving their capital adequacy ratio.

The lower house later passed the supplementary demands to meet "additional expenditure towards recapitalisation of public sector banks through issue of government securities".

The additional expenditure of Rs 80,000 crore towards bank recapitalisation through issue of government securities will be matched by additional receipts on issues of securities to the banks and "will not entail any cash outgo".

Replying to a question of moral hazard raised by Congress member Shashi Tharoor, Jaitley said "there is a moral hazard with bail out. (But) we have to keep them running...we are committed to keep PSBs in good health...there is no option but to strengthen them".

Initiating the debate, Tharoor had said that capital infusion into PSBs involves moral hazard as it amounts to rewarding the banks for reckless lending and wrongdoings.

Jaitley in his response said: "There would be a series of reforms which are going to be announced along with the capital infusion so that banks are able to function independently, autonomously as good board-run institutions and are able to serve the country."

The Department of Financial Services, the minister said, was ready with a detailed plan for recapitalisation of various public sector banks and also the quantum to be provided to each bank for improving their capital adequacy.

Some of the banks, according to sources, considered for the recap bonds include State Bank of India, Bank of Baroda, Indian Bank and Canara Bank.

He further said that the fund fusion will help banks to improve their financial health and also their capacity to raise capital from the market.

Jaitley in October had announced an unprecedented Rs 2.11 lakh crore two-year road map to strengthen PSBs, reeling under high non performing assets (NPAs) or bad loans. Their NPAs have increased to Rs 7.33 lakh crore as of June 2017, from Rs 2.75 lakh crore in March 2015.

He had also announced that there would be front loading of recapitalisation bonds.

Meanwhile, sources said, the proposed recapitalisation bonds to be given to public sector banks would have non-SLR status and will be non-tradeable.

Statutory Liquidity Ratio (SLR) is a portion of deposits that banks need to invest in government securities.

The SLR status to any instrument provides traceability option and they can be traded in the secondary market.

Asked by when the infusion would take place, the sources said this would happen soon during this quarter.

Interest payout and other aspect is looked at by the Department of Economic Affairs, sources added.

Jaitley said the government will have to service these bonds.

Chief Economic Adviser Arvind Subramanian had said interest burden of recapitalisation bonds on the government would be around Rs 9,000 crore and the move may not have an inflationary impact.

The finance ministry has already approved proposal for direct infusion of Rs 7,577 crore in 6 weak public sector banks (PSBs) as part of the recapitalisation plan to bolster capital adequacy ratio.

All these banks, which got capital support, are under prompt corrective action of the Reserve Bank of India.

The funding comes under Indradhanus plan of the government which promised Rs 70,000 crore over period of four years ending March 2019.

Shares of 6 banks up after govt decides capital infusion of Rs 7,577 crore