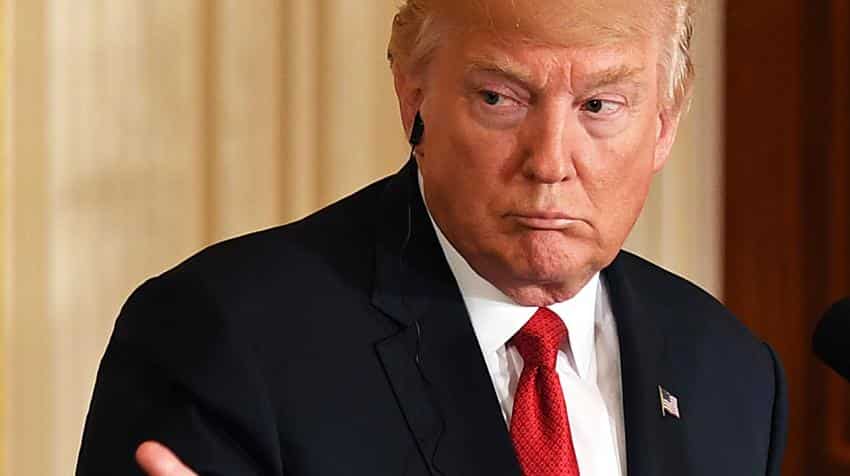 The ruling Republican party today unveiled the final version of their tax bill which promises massive tax cuts for the middle class and businesses.

The Tax Cuts and Jobs Act lowers the corporate tax rate to 21 per cent (beginning January 1, 2018) down from 35 per cent, the largest reduction in the history of the US.

The voting on the USD 1.5 trillion tax cut bill will be held next week and if passed will be the most sweeping tax overhaul in decades.

President Donald Trump, who had promised tax-cut during his election campaign, now wants the bill signed into law by the end of the year.

"President Donald Trump applauds the House and Senate conferees on coming to an agreement on the Tax Cuts and Jobs Act, and looks forward to fulfilling the promise he made to the American people to give them a tax cut by the end of the year," she said.

The White House statement came after the House and the Senate agreed on the unified tax bill.

Senators Marco Rubio and Bob Corker also voiced their support for the bill.

House Majority Leader Kevin McCarthy hoped to deliver the bill to the President's desk just in time for Christmas.

"We have been working toward this for years, and now the American people are closer to a plan that will deliver higher wages, lower taxes, a simpler system, and a stronger American economy," he said.

The act will lower taxes across the board, eliminate costly special-interest tax breaks, and modernise international tax system

"The Tax Cuts and Jobs Act will help create more jobs, increase paychecks, and make the tax code simpler and fairer for Americans of all walks of life," said Ryan.

With this bill, the typical family of four earning the median family income of USD 73,000 will receive a tax cut of USD 2,059.

The Bill also expands the Child Tax Credit from USD 1,000 to USD 2,000 for single filers and married couples to help parents with the cost of raising children.

The tax credit is fully refundable up to USD 1,400 and begins to phase-out for families making over USD 400,000.

"This is the first major tax reform in a generation. It means relief for hardworking families and a jumpstart for our economy," Ryan said.

The opposition Democrats, however, slammed the Bill alleging that it benefited only the rich.

"Slashing the top tax rate for the wealthiest Americans even deeper is Republicans final insult to hard-working Americans in this deficit-exploding scam of a bill," said Democrat leader Nancy Pelosi.

"Republicans went into conference with two bills that raise taxes on tens of millions of middle class families. But instead of actually helping middle class Americans, the GOP throws them a few meagre crumbs while slashing taxes for millionaires even deeper," she said.