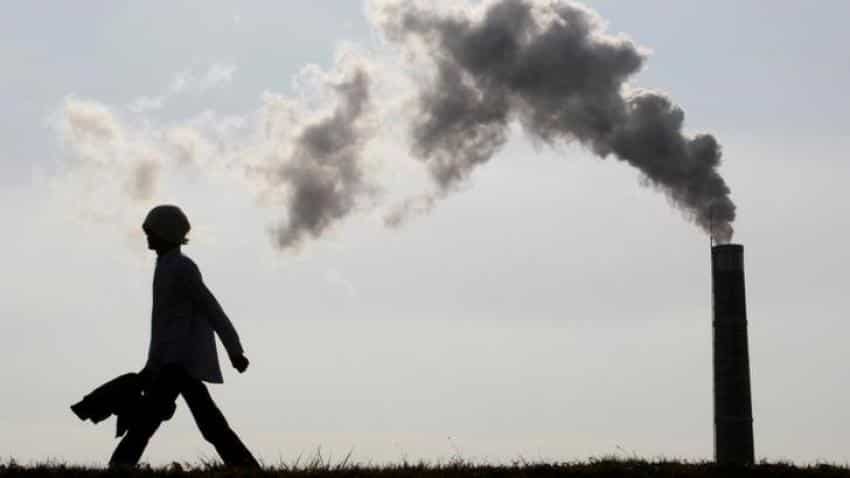 A resident is silhouetted against the chimney of a factory at a park near an industrial district in Tokyo. Pic: Reuters

Japan`s industrial production was expected to show a fall in September after solid gains the previous month, a Reuters poll found, although analysts say the trend remains upward thanks to expanding global demand.

Industrial output was seen down 1.5 percent in September from the previous month after revised growth of 2.0 percent in August, the poll of 19 economists showed.

Yoshimasa Maruyama, chief market economist at SMBC Nikko Securities, said factory output had been up and down this year but would show a rising trend if the monthly data was averaged out.

"Increasing demand, both in Japan and overseas, supported output growth but especially so for exports," he said.

"A pickup in the global economy and a softer yen boosted Japan`s exports - they are a tailwind for manufacturers."

The trade ministry will announce the factory output data at 8:50 a.m. on Tuesday Japan time (2350 GMT on Monday).

The poll also found the Bank of Japan was likely to maintain short-term interest rates at minus 0.1 percent and keep the 10-year government bond yield target around zero percent next week.

Separately, sources have told Reuters the BOJ is set to roughly maintain its price forecasts and blame stagnant inflation on factors like corporate efforts to boost productivity, signalling that it will hold off on expanding stimulus for the time being.

The poll found retail sales were seen likely to grow 2.5 percent in September from a year ago, up for an 11th straight month, while household spending was seen rising an annual 0.7 percent for the month versus 0.6 percent in August.

Japan`s jobless rate was expected to be steady at 2.8 percent in September, while the jobs-to-applicants ratio was seen at 1.53, matching a level last seen in February 1974.

The trade ministry will issue the retail sales data at 8:50 a.m. on Monday (2350 GMT on Sunday) while the internal affairs ministry will publish the labour market and household spending data at 8:30 a.m. on Tuesday (2330 GMT on Monday).