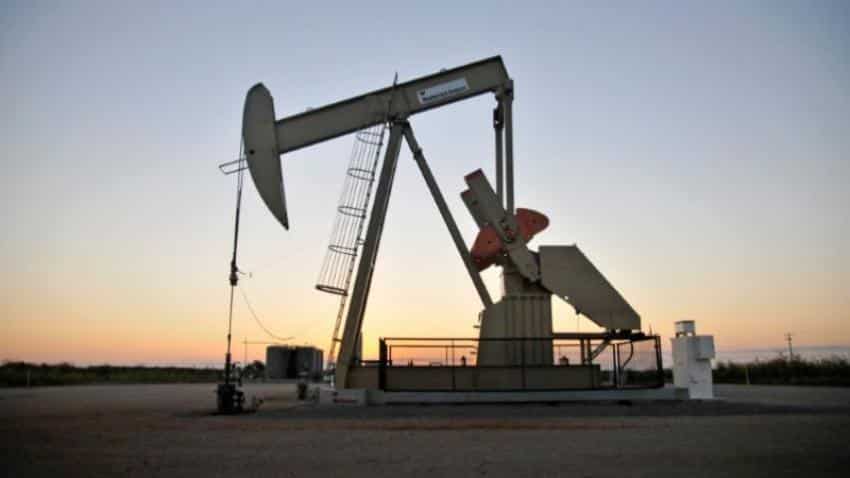 Oil prices edged higher on Monday, supported by a North Sea pipeline outage and a workers` strike in the Nigerian energy industry.

Still, growth in U.S. crude output cast a shadow over the market and continued to cap gains.

Brent had traded as high as $63.91 earlier in the day but fell back after Ineos, operator of the North Sea Forties pipeline, said the crack that shut it down had not spread.

"The Forties pipeline outage is continuing to be supportive of the market," said John Kilduff, partner at Again Capital. "We`re just watching this as to see how the market reacts to not having these barrels available."

The 450,000-barrel-per-day link that provides some of the physical crude underpinning Brent has been shut since Dec. 11, forcing Ineos to declare force majeure on all oil and gas shipments from it last week.

"There is still no reliable information about how long the repair work will last and when the pipeline will go back into operation," Commerzbank said in a note. "This should preclude any fall in the Brent price for the foreseeable future".

Workers from one of Nigeria`s largest oil unions went on strike on Monday, sparking concerns over exports from Africa`s largest crude producer.

The Petroleum and Natural Gas Senior Staff Association of Nigeria, whose members mainly work in the upstream oil industry, said they were holding talks with labor ministry officials over the indefinite strike.

This has undermined market-balancing efforts by the Organization of the Petroleum Exporting Countries and a group of non-OPEC producers, including Russia, to withhold production.

Largely because of rising U.S. shale output, the International Energy Agency said global oil markets would show a supply surplus of about 200,000 bpd in the first half of 2018.

The U.S. Energy Information Administration showed a similar surplus for that period and indicated a supply overhang of 167,000 bpd for all of 2018.