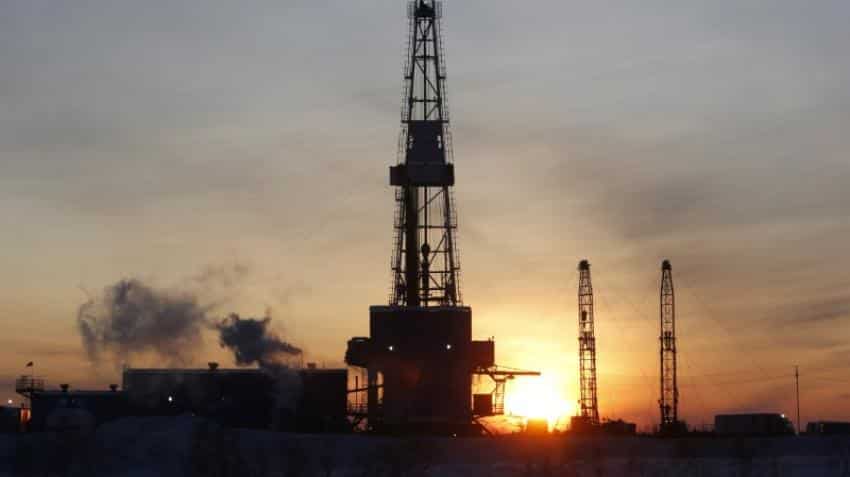 The increase has been triggered by the wide discount in US WTI prices against international Brent crude prices, which makes US oil exports attractive.

Some traders said this was also an indicator that markets remained amply supplied despite efforts led by the Organization of the Petroleum Exporting Countries (OPEC) and Russia to cut output to tighten the market and prop up prices.

Ole Hansen, head of commodity strategy at Denmark`s Saxo Bank said it was "still too early" for oil markets to expect crude prices to see a sustained period above $60 per barrel.

But analysts said that oil prices were unlikely to fall much further.

"Oil prices remain supported by ongoing supply restrictions from OPEC and Russia, with the agreement likely to be extended ... Any weakness in oil prices is thus likely to be short-lived," said Fawad Razaqzada, market analyst at futures brokerage Forex.com.

Russian President Vladimir Putin said on Wednesday that the pledge between OPEC and other producers, including Russia, to cut oil output could be extended to the end of 2018, instead of expiring in March 2018.

The statement came ahead of a visit by Saudi Arabia`s King Salman to Moscow.

The pact between OPEC, which is led de facto by Saudi Arabia, and other producers led by Russia on cutting output by about 1.8 million bpd took effect in January this year.

Beyond short-term market drivers, analysts at Barclays bank said oil demand could be seriously dented by improving fuel efficiency and the rise of electric vehicles (EV).

"EV uptake and increased fleet fuel efficiency could cut oil demand by around 3.5 million bpd in 2025," the bank said.

That`s almost as much as major OPEC member Iran produces.

Should the uptake of EVs rise to one-third of new cars by 2040, as many industry analysts expect, up from just 1 percent today, that could "affect oil demand by around 9 million bpd," Barclays said.