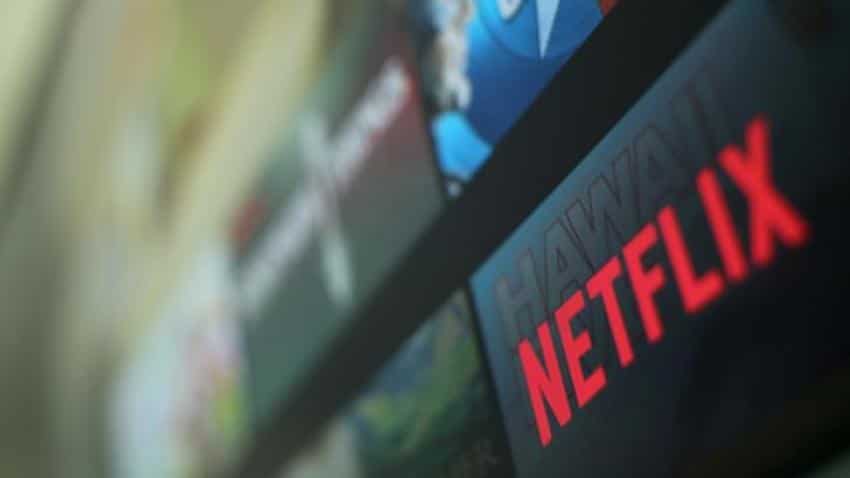 The Netflix logo is pictured on a television in this illustration photograph taken in Encinitas California. Image Source: Reuters
Written By: Reuters
RELATED NEWS

Analysts` on an average were expecting subscriber additions of 6.39 million, according to data and analytics firm FactSet.

The company`s profit and revenue also rose in the quarter. The stellar results pushed its shares to an all-time high and gave Netflix a market capitalisation of more than $100 billion for the first time.

Netflix has been pouring money into new original shows and acquiring the rights to other TV series to beef up its overseas presence and counter new rivals in the video streaming market.

Netflix, which has chalked out a content budget of between $7.5 billion to $8 billion for 2018, faces intense competition from Amazon.com Inc`s

In October, Netflix raised prices for two of its three main subscription plans to help fund the substantial content investment.

Netflix also forecast subscriber additions of 6.35 million for the first quarter, above analysts` expectations of 5.01 million, according to FactSet.

Netflix said revenue rose 32.6 percent to $3.29 billion in the quarter.

The Los Gatos, California-based company`s shares, which touched a record at $227.79 during regular trading on Monday, rose 7.3 at $244.30 percent after-hours.